As iconic lenses go, perhaps no lens is quite as iconic as the famed NASA Zeiss f/0.7 glass Stanley Kubrick used to film a candle-lit scene using only natural light. In this video we get to see the lens, find out about the camera Kubrick modified to use it, and discover some of the tricks he employed to shoot that scene.

The video was put together when former Mythbuster Adam Savage visited the Stanley Kubrick Exhibition in San Francisco with Tested. He talks about and shows you several bits of fascinating Kubrick memorabilia while he’s there, but the most fascinating by far (at least in our opinion) is the famed NASA f/0.7 lens and the custom-modified Mitchell 35mm cinema camera Kubrick used to shoot with it. 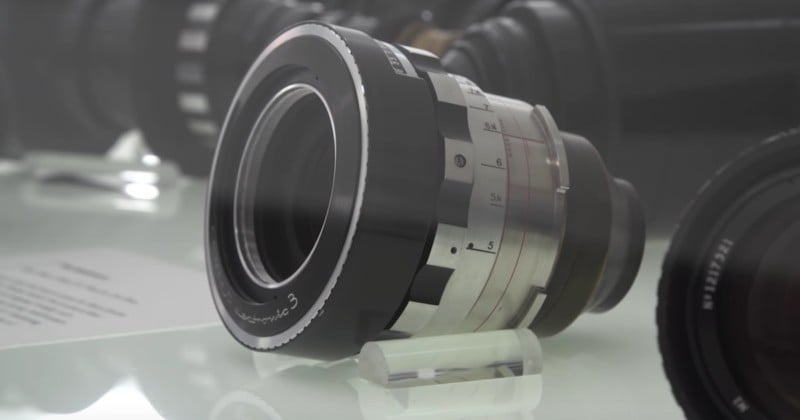 The camera/lens mount had to be torn down and re-built to take the lens, and even once he had it on there Kubrick had to keep innovating. He had custom three-wick candles made that burned brighter to maximize the amount of light he had, and actors had to be trained to move laterally to the camera so they stayed in focus because of the razor-thin depth of field at f/0.7.

Check out the video at the top to find out more and get your dose of iconic camera history for the day!