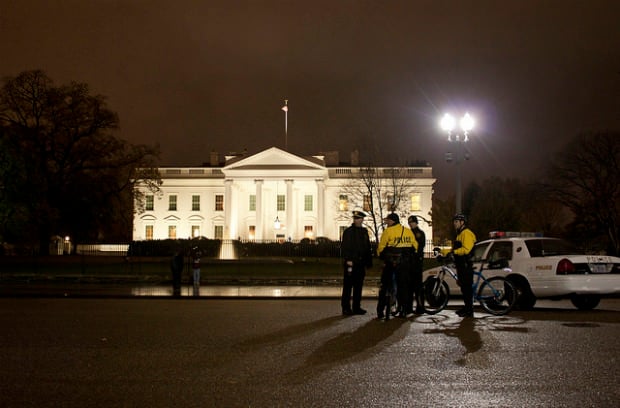 When photographer Mannie Garcia — known best, perhaps, for his iconic photograph of President Obama — was arrested for disorderly conduct while recording Maryland police officers performing an arrest, he didn’t realize that it would mean the loss of his White House credentials. And although he was eventually acquitted and given back his camera (with the memory card missing), the damage had already been done and Garcia is looking to hold someone accountable.

To that end, he has filed a lawsuit agains Chief of Police Thomas Manger, and Officers Chris Malouf, Kevin Baxter and Michael Graves. Garcia claims that he identified himself as a member of the press several times but the officers did not take well to the fact that he continued to film them, which lead to his alleged battery and false arrest.

Garcia is seeking somewhere in the vicinity of $500,000 in compensatory and punitive damages over both the loss of his press pass and the alleged physical and emotional harm done him by the officers who, as of yet, have not been disciplined by Montgomery County.

(via Pixiq via Courthouse News)