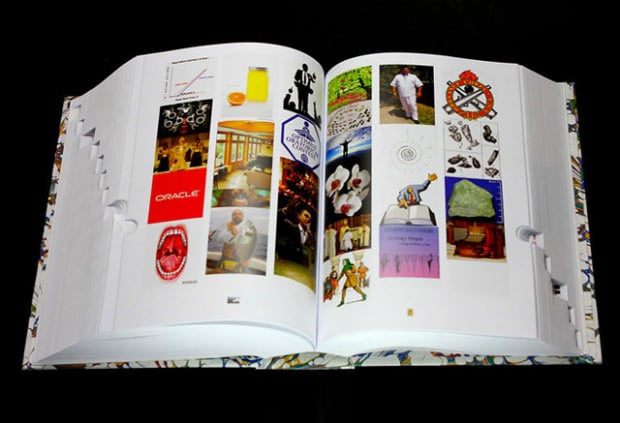 General consensus seems to be that a picture is worth a thousand words, in which case Ben West and Felix Heyes‘ unique take on the dictionary, complete with 21,000 entries, metaphorically contains closer to 21,000,000 words worth of content. That’s because their dictionary doesn’t hold a single word, only the first Google image search result for every word you might find in your regular Webster’s. 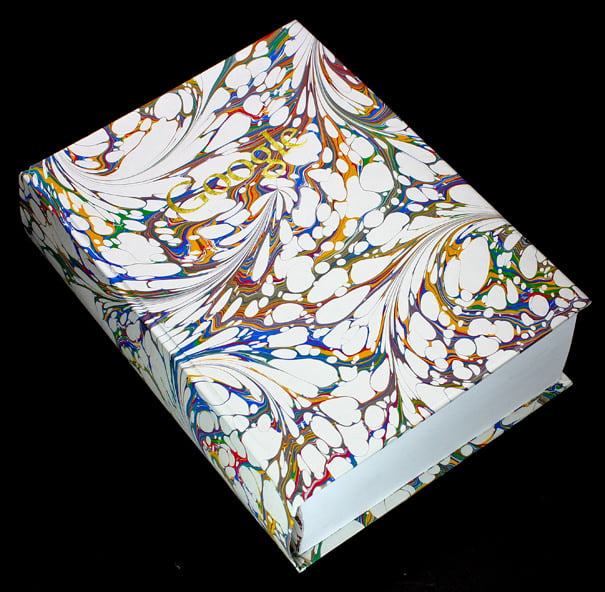 The resulting PDF, which was eventually turned into a beautiful hand-bound tome, falls somewhere between cultural experiment and art. What would our culture, essentially, look like in pictures? Now we know. Sadly, the outcome isn’t too pretty, according to West:

But what else would you expect form a self-proclaimed “unfiltered, uncritical record of the state of human culture in 2012?”

In case you’re interested, the book was created using a PHP script West’s brother Sam wrote for them, so no million man hours went into cataloguing this behemoth. And if you’d like one for yourself (be warned, as you may have guessed from the above quote, the book was compiled with safe search disabled) they may be putting together a limited softcover run soon. Head over to Ben West and Felix Heyes sites for more info.

Popular Drinks Photographed Under a Microscope