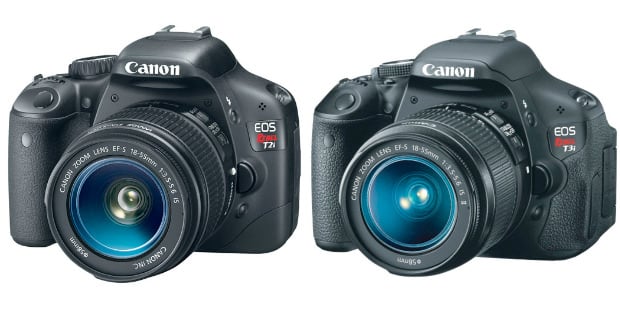 Thus-far rumors about the Canon Rebel T4i/650D have been relegated to the “it’s definitely coming” category, but yesterday Canon Rumors posted a short spec list that they believe to be fairly accurate. The rumored specs as they now stand would have the new Rebel sporting an 18MP sensor, 9 cross-type AF points, a touchscreen LCD and, most impressively, continuous AF during video recording and in live view.

For the most part the specs fall somewhere between expected and interesting (9 cross-type AF points sound great but it seems strange that the Rebel line has been stuck with an 18-megapixel sensor for three generations now). The spec that has people really excited, however, is the possibility of a good continuous AF system for live view/video recording. Fortunately we won’t have to wait long to find out, since the T4i along with Canon’s first mirroless camera are both expected to be unveiled sometime next month.

(via Photography Bay via Canon Rumors)

Trippy Mirror Photo Created Without the Help of Photoshop

How to See and Harness the Four Main Types of Light