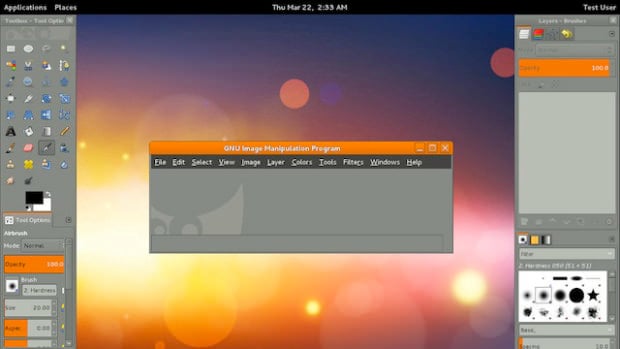 The GNU Image Manipulation Project, more popularly known as GIMP, has just released version 2.8; the first complete GIMP overhaul since 2008. For those who don’t know (and there probably aren’t many) GIMP is famous for being a slightly more complicated (and a lot more free) alternative to Photoshop with fewer features. And it seems that, right on cue with the Adobe CS6 release, GIMP is trying to close the gap between the two products that’s been widening these last 4 years.

Ars Technica has a detailed review if you want to get into specifics, but the most significant improvements you’ll find in Version 2.8 include: layer groups, a single window mode, canvas-based text editing — all highly-requested features — and a layout overhaul to make the whole experience much easier and more user-friendly. Unfortunately, the Mac port of version 2.8 isn’t ready yet, but Windows users can already start fiddling with the new GIMP.

Of course even the newest version of GIMP can’t compete head to head with Photoshop; but if you don’t have 75$ to spend month to month, or upwards of $699 to spend right away, then GIMP Version 2.8 is definitely better equipped to hold you over until you do.

(via Ars Technica via Life Hacker)