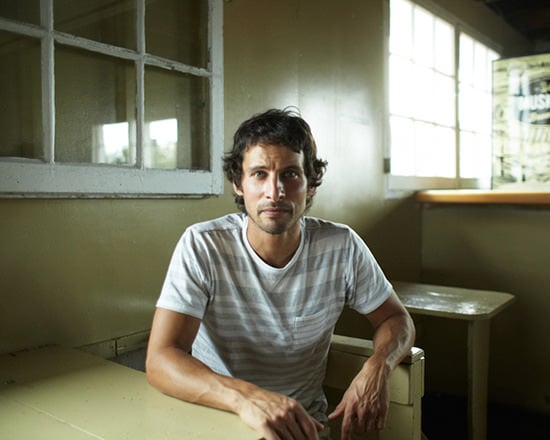 Had an interesting conversation the other evening with the delightful Raina Kirn, the “Raina” half of the famed Raina + Wilson photo team (Wilson – worry not, you’re delightful too). The occasion was a west-end Toronto photographer’s pub night, and we were bemoaning the loathsomeness of sorting and organizing images digitally, the endless toil and drudgery of file management, the indentured servitude photographers must now endure as pawns in the palm of the evil god that is Computer. We glumly agreed that there’s really no way to avoid it. You just have to grit your teeth and slog away, like wading through mud — completely unpleasant, but necessary if you want to escape.

When I used to edit from contact sheets, the good shots would literally leap off the page, like when you see your name misspelled in a field of text. I’d check those frames with a loupe, ignore the rest, and get on with my life. I could breeze through a whole editorial portrait shoot, five or ten contacts, in like ten minutes. Five sheets, that’s, lets see… sixty frames. Wait a second, what? If I was to shoot just 60 frames now, I’d feel like I was slacking off. I tend to churn through eight gigs at least, 280 to 300 shots and usually many more, even on the simplest jobs. It’s just so easy to snap away, and that’s what bites you in the ass.

But has my photography improved with all those extra images? I would argue not. If anything, it’s diluted the faith I have in my photographic convictions. I used to work much more thoughtfully, knowing that I had a mere dozen frames available before I had to change backs. I would see something and then decide, no, I’m not going to waste this next shot — a thought that almost never crosses my mind anymore. Granted, I sometimes get great stuff that I never would have with a more careful approach, but for the most part I’m just generating garbage disguised as pictures. By shooting all those redundant, useless digital images I’m simply passing the buck to my future self, the one sitting despairingly in front of the computer.

The conversation with Raina concluded with some joking around about how maybe it was time to start shooting jobs in something akin to the “old way” again, ie. by taking a single one gig card to the shoot, and then just stopping when it was full. That’s still 36 frames or so, a decent number of shots ten years ago, but good luck selling that to the client. Laughs were laughed. More beer was ordered. And then, on my way home, I remembered the circumstances behind the image above. It’s a portrait I shot recently of musician Sam Roberts, an outtake from a magazine assignment. The brief did not in fact call for a portrait, but the opportunity arose; alas, I’d been shooting all day, and hadn’t dumped anything to the computer yet. All I had left was… a one gig card.

I went up to where we would be working and planned out three different setups. I shot a handful of frames in each spot, slowly and methodically, and we were done in fifteen minutes. I ended up with 26 images, the rough equivalent of two rolls of 120. And I got the shot I wanted.

So here’s the challenge. On your next assignment, take a one gig card, and nothing else. When it’s full, stop shooting! You might be surprised by what you learn. Just don’t tell your client that I put you up to it.

About the author: Derek Shapton is a Canadian photographer who works for a wide range of advertising, corporate and editorial clients. Visit his website here and his blog here.