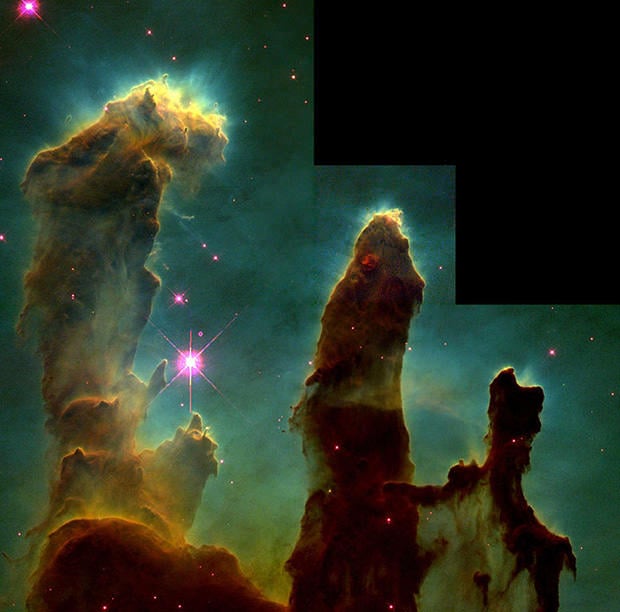 Captured on April 1, 1995 by the Hubble Telescope, the photograph Pillars of Creation is one of the most famous space images ever made. Here’s a crazy fact though: did you know that the “pillars” seen in the photo were already long gone by the time the image was captured? Astronomers have concluded that the pillars — which measure up to 4 light years in length — were destroyed about 6,000 years ago by the shock wave from a supernova. Because of how long it takes light to travel across such vast distances, we can currently see the shock waves approaching the pillars but won’t actually see their destruction for another thousand years or so!

(via Wikipedia via Photographs on the Brain)

“There Is No Such Thing as Absolute Truth in Photography”