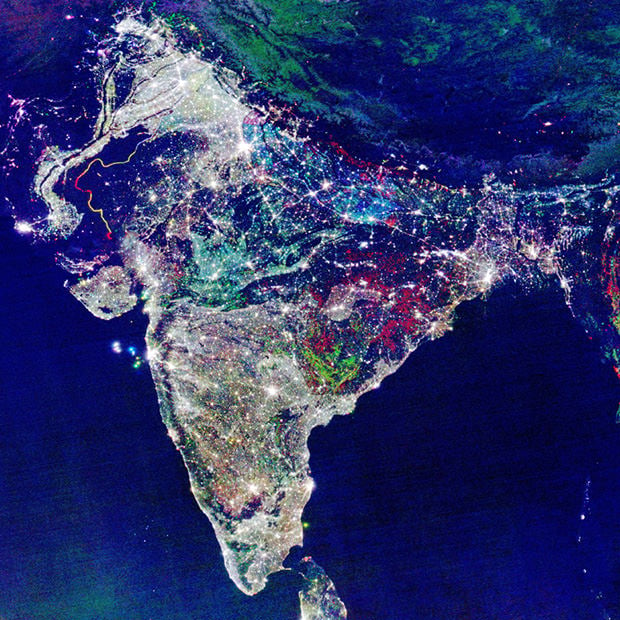 This amazing image might look like a computer generated graphic, but it’s actually a composite photograph by NASA showing India’s population growth over the years. The white areas show the illumination visible in the country prior to 1992, while the blue, green, and red lights indicate new lights that became visible in 1992, 1998, and 2003, respectively. The four photos were tinted and then combined into an image that reveals where new populations are appearing. NASA definitely needs to do one for every country!

Nighttime Lights Of India (via Business Insider via Photojojo)

P.S. The image is currently being circulated around the Internet as a photo that shows the Hindu celebration Diwali (AKA the “festival of lights”). Unfortunately, that’s not true.

Does the Canon 1D X Signal the End of the Megapixel Race?