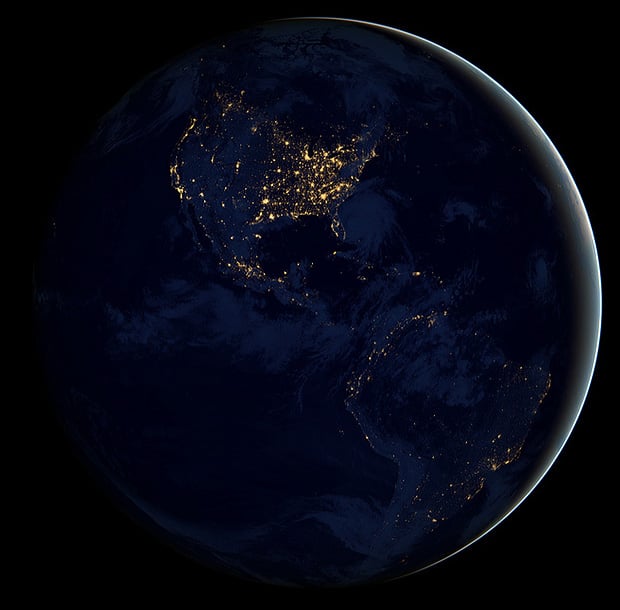 You’ve probably heard of The Blue Marble, an iconic photo of Earth captured in 1972 from 28,000 miles away by astronauts on the Apollo 17 spacecraft. Well, NASA has just released a number of photographs titled “Black Marble.” They offer the same perspective as the iconic photo, except these new images show what our planet looks like at night!


The photograph above shows North and South America (original resolution here). It’s a composite photograph created using images snapped by a satellite over the period of around three weeks in April and October of this year.

It took the satellite 312 orbits around our planet to capture 2.5 terabytes of imagery. The data was then mapped onto existing Blue Marble photographs to create Black Marble.

The satellite used a special new imaging system that can detect extremely dim signals. Scientists removed certain non-human-generated lights (e.g. gas flares, auroras, reflected moonlight) from the frame in order to have the photos only show artificial city lights (some wildfires remain, though).

Here are a couple more Black Marble photographs showing different sections of our planet (click the photos for highest-res versions): 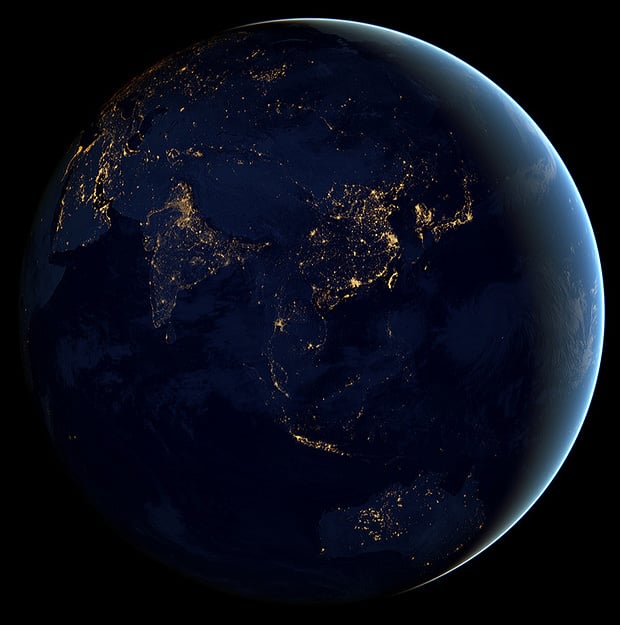 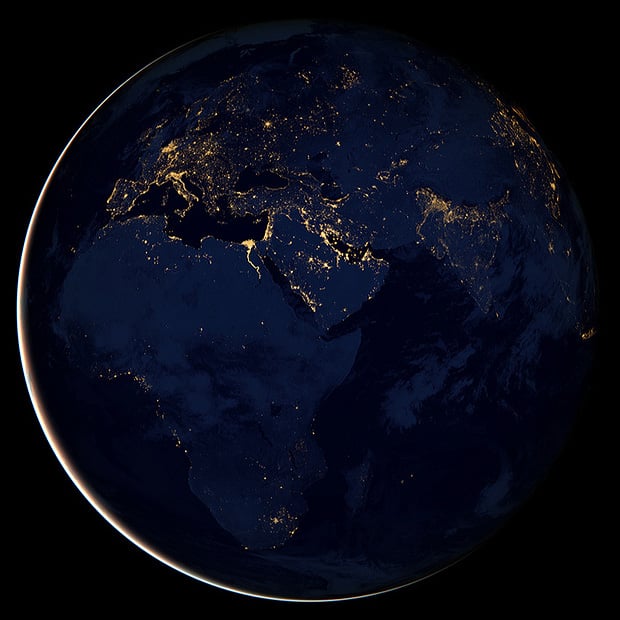 Here’s a zoomed-in view of the United States and Europe using the same imagery: 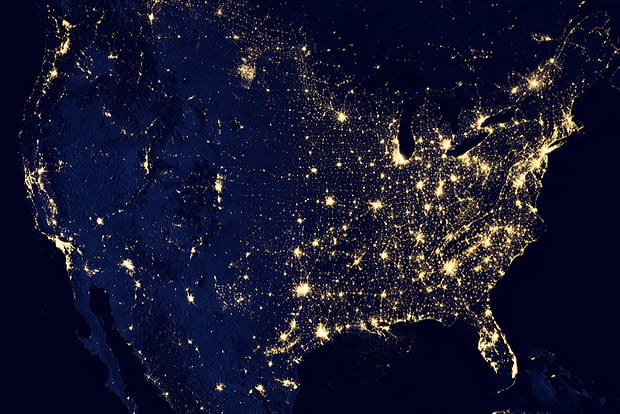 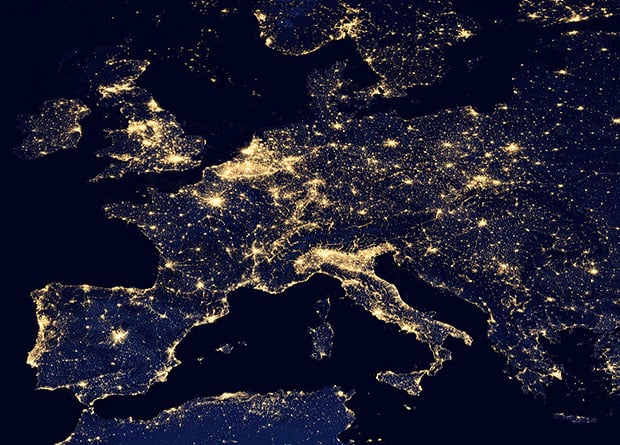 Here’s an animation created using the photos, showing the dark side of the Earth as it rotates: 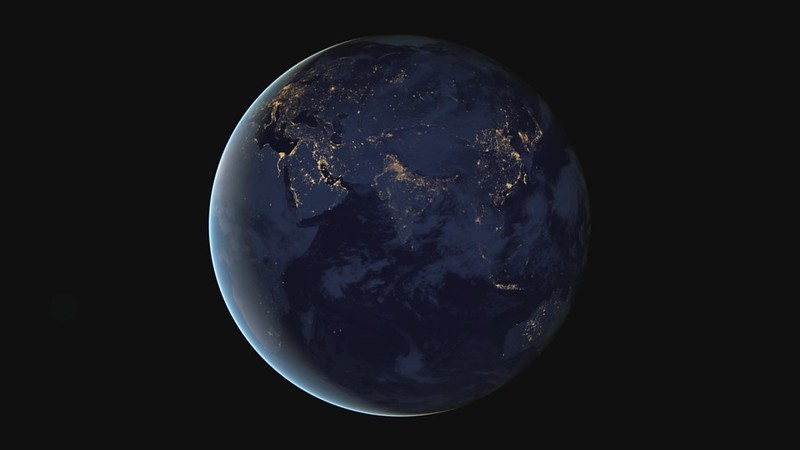 These aren’t your average nighttime shots of Earth: Rebecca Roth of the NASA Goddard Space Flight Center tells us that these are among the most detailed nighttime Earth photos we’ve ever seen.