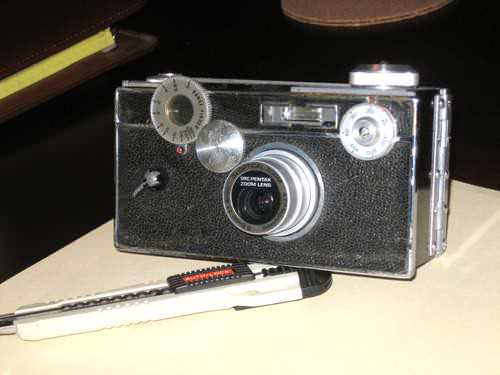 John (AKA knife141) loves turning junk into unusual creations, and one day came up with idea of building a camera for the sole purpose of confusing strangers. He took a $15 digicam and transformed it into a Argus C3 from the mid-1900s:

My goal was to install a modern digital camera inside the housing of an old, obsolete camera. I thought it might be fun to pull this camera out in a crowd of people and make them wonder why in the world an old man would continue to use a camera that was obviously as old as he was, as opposed to something more modern.

[…] I’ve had a lot of fun with this camera, taking it places and watching people’s puzzled looks as I appear to be using an old beat-up camera that was made about the time I was born! I have even had people approach me and ask if I can still get film developed — with no idea that the heart of my camera is actually digital! I have also had people ask me how many pictures I can take with the camera, and they always look puzzled when I tell them, “Oh, around 4,000 or so.”

Here’s the Pentax point-and-shoot that he purchased from a garage sale: 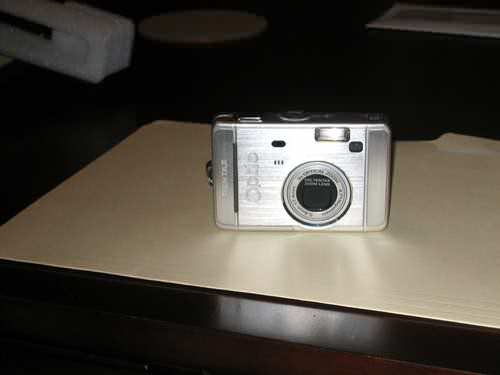 Since the Pentax didn’t fit into the original Argus, he created a new “body” and attached the Argus front and rear covers to it: 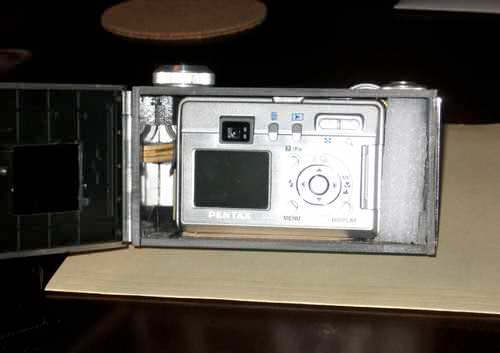 He also transferred some of the old knobs onto the new body: 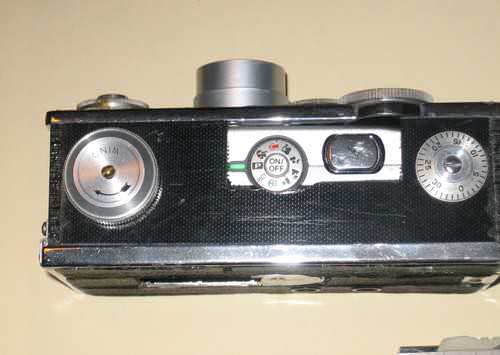 John also wrote up a step-by-step walkthrough for anyone else who wants to try their hand at trolling strangers and other photo enthusiasts.

How to Respond to Requests for Free Photography