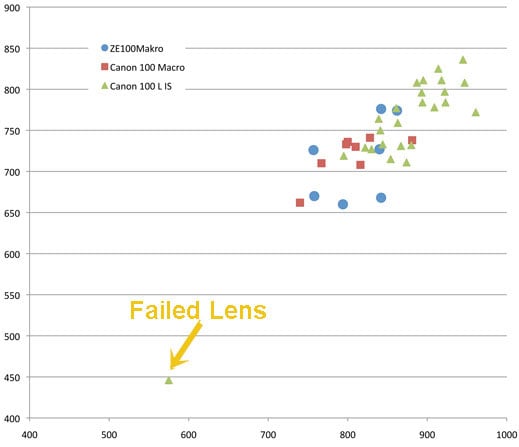 As you might know, different copies of the same lens can vary in quality, and some people go as far as to purchase multiple copies to pick the sharpest one before returning the others. Roger Cicala over at LensRentals wanted to quantify exactly how much variation actually exists between copies of the same lens, so he subjected some to Imatest quality tests:

That’s interesting to think about. Two highly objective reviews of the same lens could come to different conclusions about relative sharpness compared to other lenses, simply because there are differences among copies of that lens. Too bad reviews are usually based on a single copy of a lens, rather than the average performance of multiple copies.

An Eye-Opening Look at How Many Conflict Photos Are Staged

Facial Recognition with the iPhone May Lead to Pretty Creepy Apps