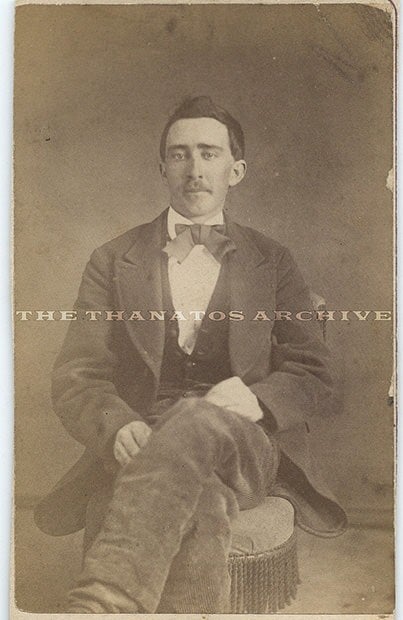 Why sell an old photo as something historical when you can market it as something mythical? A few days ago someone listed an old civil war photograph on eBay with the description:

Original c.1870 carte de visite showing a man who looks exactly like Nick Cage. Personally, I believe it’s him and that he is some sort of walking undead / vampire, et cetera, who quickens / reinvents himself once every 75 years or so. 150 years from now, he might be a politician, the leader of a cult, or a talk show host.

The subject’s resemblance to Nicolas Cage caused the listing to go viral, but before the seller could rake in the big bucks with the $1,000,000 Buy It Now price, eBay apparently pulled the listing. Too bad… it would have been one of the most creative ways to sell a print that we’ve ever come across.