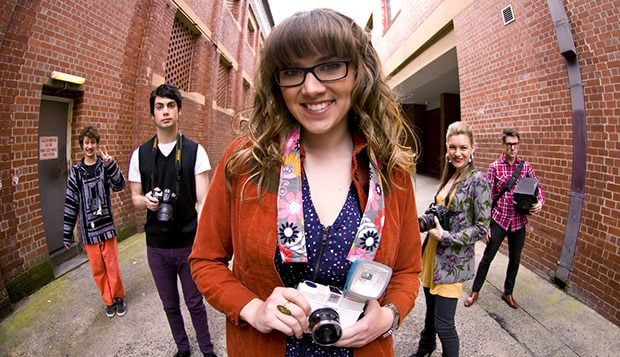 Set in Melbourne’s creative heart of Fitzroy, Shutterbugs centres on analogue photographer Chloe and her socialite best friend Samantha. Together they get into trouble as they trespass, steal and bend the truth during their various photography exploits. Trying to keep them under control is Isaac, an OCD portrait photographer who secretly harbours a crush on Chloe. Rounding out the crew are unhinged video blogger Bo and malicious time-lapse specialist Trent, who takes joy in tormenting the others. The show follows the gang as they undertake crazy and dangerous adventures, all in the name of taking a good photo.

The season kicks off on September 27th, and a new episode will be released every week on Tuesday. Finally there’s a show focused on photography humor (similar to what What The Duck did for web comics), but let’s just hope it’s well done.