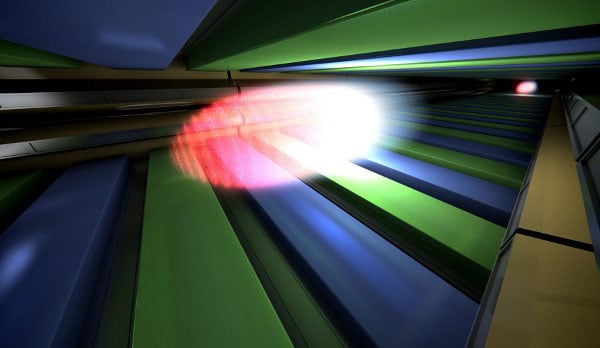 Having a camera that shoots 5000 frames per second is enough to capture slow motion footage of a bullet flying through the air, but scientists at the Science and Technology Facilities Council have now announced a camera that shoots a staggering 4.5 million frames per second. Rather than bullets, the camera is designed to capture 3D images of individual molecules using powerful x-ray flashes that last one hundred million billionth of a second. The £3 million camera will land in scientists hands in 2015.

(via STFC via Engadget)

P.S. In case you’re wondering, the image above is an illustration showing x-ray flashes being generated.