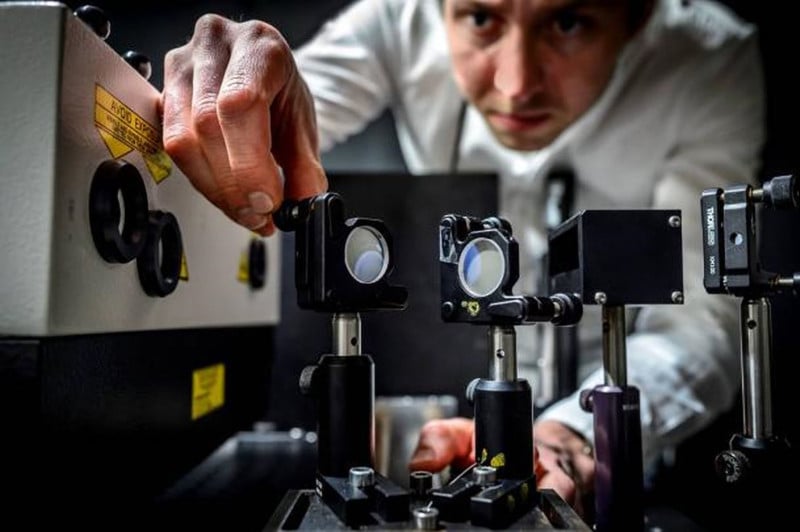 This camera, called FRAME (Frequency Recognition Algorithm for Multiple Exposures) and developed at Lund University, can make “light practically stand still” and capture events as short as 0.2 trillionths of a second. Scientists say the camera will be able to document things in chemistry, physics, biology, and medicine that have never been caught on camera before — things that take places on a femtosecond scale.

“Today, the only way to visualise such rapid events is to photograph still images of the process,” says Lund researcher Elias Kristensson. “You then have to attempt to repeat identical experiments to provide several still images which can later be edited into a movie. The problem with this approach is that it is highly unlikely that a process will be identical if you repeat the experiment.”

To show off the camera, Lund researchers shot video of light photons traveling a distance of the thickness of ordinary paper. It only takes light a picosecond to cover this distance, but the camera can show the photons traveling by slowing things down.

As you might expect, the new camera doesn’t exactly work in the same way as a traditional camera. Here’s a “simplified” explanation put forth by the university:

“Currently, high-speed cameras capture images one by one in a sequence,” Lund writes. “The new technology is based on an innovative algorithm, and instead captures several coded images in one picture. It then sorts them into a video sequence afterwards.”

“In short, the method involves exposing what you are filming (for example a chemical reaction) to light in the form of laser flashes where each light pulse is given a unique code. The object reflects the light flashes which merge into the single photograph. They are subsequently separated using an encryption key.” 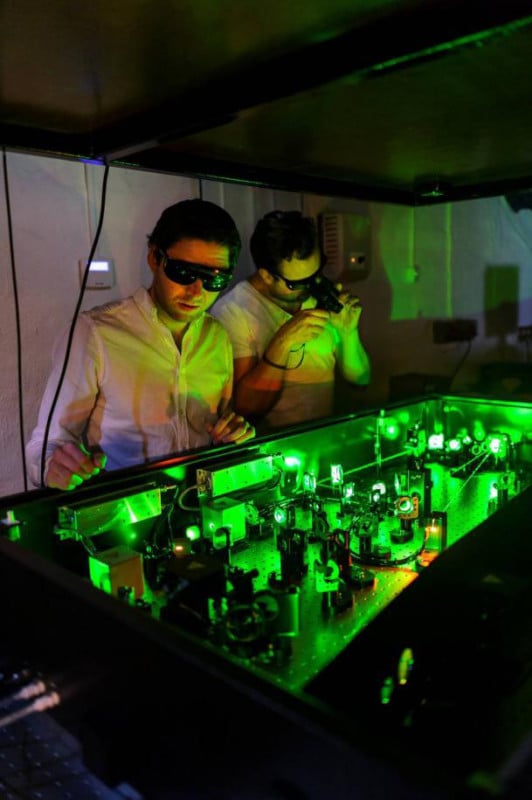 The technology is currently being commercialized by a German company, and it’s estimated that it’ll be ready for widespread use within about two years.

3 Ways to Find Your Stolen Photos on the Web

LensCulture and the Commodification of Rape