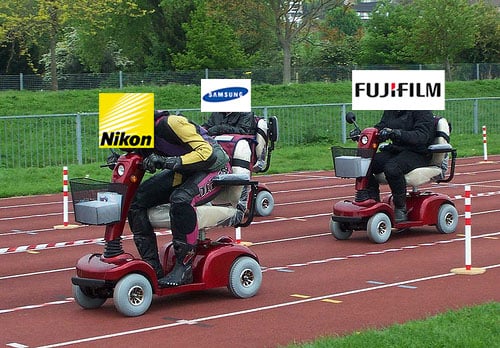 The launch of a mirrorless camera, which has an electronic viewfinder, making it lighter and more compact than a professional-style single-lens reflex camera, would be an extension of Fujifilm’s effort to move upmarket and would put it in direct competition with Sony.

The X100 uses an APS-C-sized sensor found in many DSLR cameras. The company is currently in fifth place in digital camera sales behind Canon, Sony, Nikon and Samsung, but Higuchi says the company plans on passing Samsung by next year and Nikon within three years. Given how in-demand the X100 has been, we’d say Fujifilm is off to a good start.

Fujifilm aims to be world No. 3 in cameras [Reuters]

Beautiful Commercial from Nikon’s “I AM NIKON” Campaign