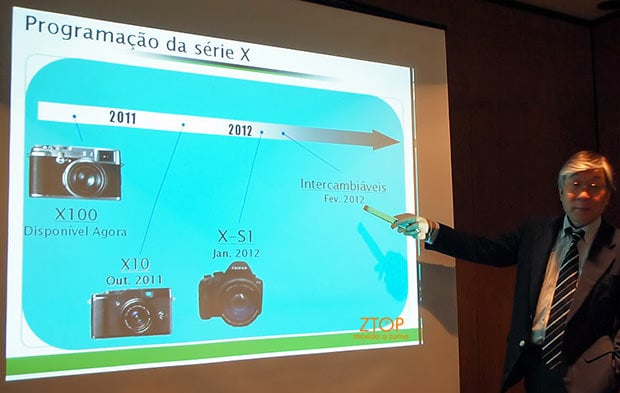 Brazilian gadget site ZTOP recently attended a press event during which Fujifilm showed another roadmap for its X Series lineup. We’ve already reported that the company is planning to announce an interchangeable lens camera (hopefully with the X100’s retro style) in early 2012, but this new roadmap narrows down the launch date to February 2012. We’ll likely see the camera announced before then and showed off at CES 2012 in January.

(via ZTOP via Photo Rumors)