After having images of it leaked onto the Interwebs last week, Panasonic’s DMC GF3 Micro Four Thirds camera is now official. Like its predecessor, the GF2, the GF3 packs a 12-megapixel sensor, has a 3-inch LCD touchscreen, and shoots 1080p 1080/60i AVCHD video. In terms of differences, it has a faster processor that allows for faster autofocus times weighs 15% less, is 17% smaller, and is also even more simple than the GF2 — it lacks a hot shoe and has a pop-up flash there instead. 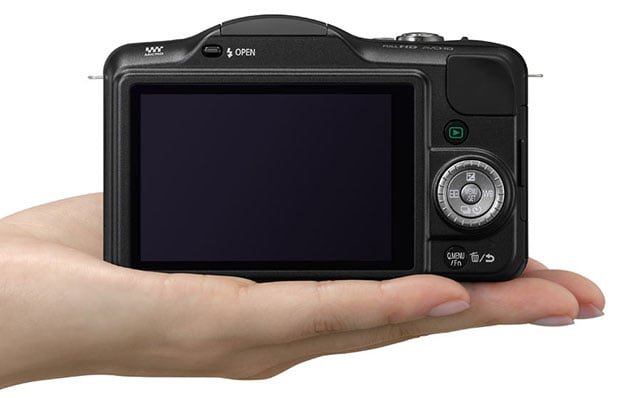 With a super stripped-down interface and dimensions similar to a smart phone, the GF3 may appeal to people who want to shoot with an interchangeable lens camera but avoid all the confusing buttons of a more advanced camera. It’ll be available in July 2011 for $700 with a 14mm lens included, and $600 in August with a 14-42mm lens.