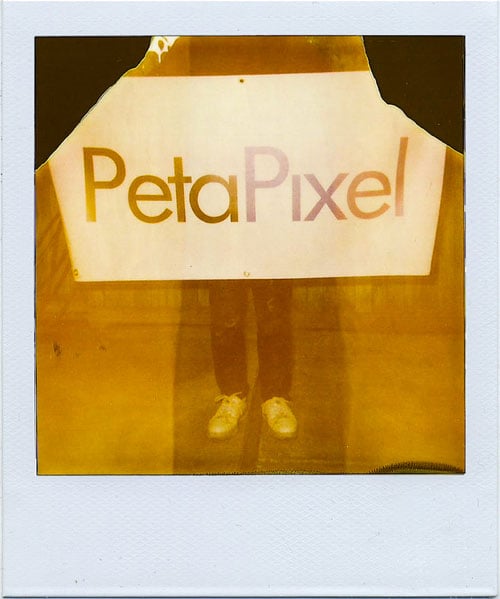 Needed a Polaroid picture for a project I’m working on, so I purchased a Polaroid One Step camera for $15 off a guy on Craigslist and a pack of Polaroid 600 film that expired back in 2003 for $26 with shipping from eBay. I was a bit concerned that the film wouldn’t work anymore, but found that the battery in the film pack still had some juice and that the film still developed, though the upper corners of the image are messed up.

Expired 600 film is selling for up to $50 to $60 a pack (10 photos) on eBay these days, even though new Impossible film for 600 cameras costs $24. You can also buy performance-guaranteed 600 film for about $5 a shot in bulk. Seems like a lot of Polaroid lovers are still snatching up Polaroid film while they still can.

A Neat Look At How Hard Drives Work