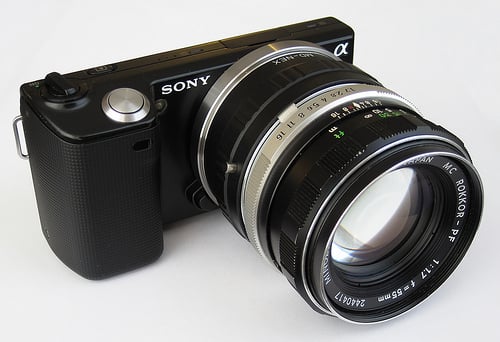 If you’ve been out of the loop when it comes to emergence of mirrorless interchangeable lens cameras (MILC, AKA EVIL), David Pogue over at the New York Times has an interesting article introducing them:

That’s why, for years, there were two kinds of cameras: pocket models, with tiny sensors that produce blurry or grainy photos in low light and S.L.R. cameras, those big-sensor, big-body, heavy black beasts used by professionals.

In the last couple of years, though, things have changed. There’s a new class of camera whose size (both body and sensor) falls in between those two time-honored extremes. They represent a rethinking of every single design element, a jettisoning of every nonessential component, in pursuit of a tiny, big-sensor camera. Because that, after all, is what the world really wants.

Do you think these cameras are “what the world really wants”?

360° Lens Lets You Shoot Panoramic Video on the iPhone 4