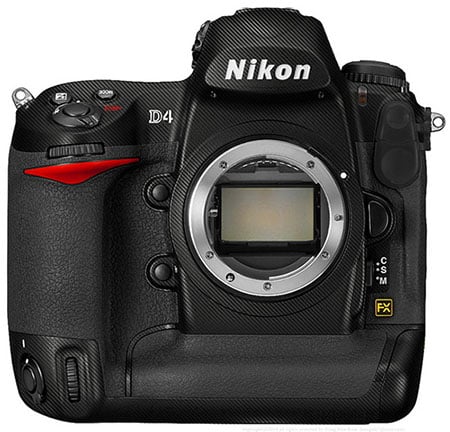 Apple just refreshed their line of MacBook Pro notebook computers, and one of the new features is a Thunderbolt I/O port, making the MacBook Pro the first notebook computer to have this blazing-fast interface developed by Intel (it was known as Light Peak during R&D). As the technology makes its way into more and more computers, camera makers will undoubtedly begin offering it in their cameras. Nikon Rumors recently received a rumor that the upcoming Nikon D4 will be the first DSLR camera to offer Thunderbolt.

Thunderbolt allows for data transfers of up to 1.25 GB/s, double what USB 3.0 offers. Here’s a graphic by Apple showing it stacked up to other ports: 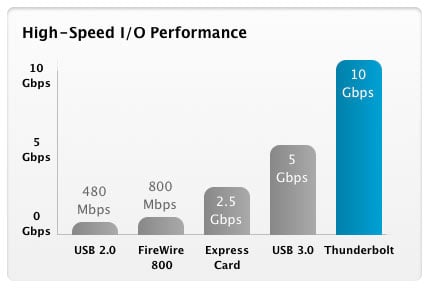 Maybe in the future waiting for photo files to transfer onto your computer will be a thing of the past, and that we’ll be dumping data off gigantic memory cards instantaneously.

Update: Intel has a page explaining the tech here. They say that the speed offered by Thunderbolt allows you to transfer a full length HD movie in less than 30 seconds, and a year of continuous MP3 playback in just over 10 minutes.