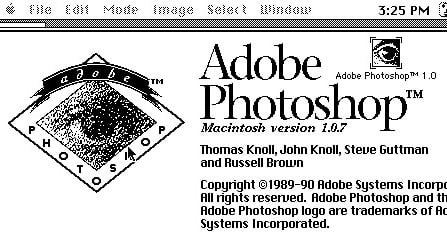 Did you know that Adobe Photoshop was almost Nikon Photoshop? It’s true — in 1988 at the MacWorld tradeshow, two brothers approached Nikon and offered them the rights to an image editing program they had developed. The brothers were Thomas and John Knoll, and the program they had created was called Photoshop.

While the Nikon teams in the US and Europe were enthusiastic about the idea, the leadership in Japan struck it down, deciding that Nikon was not a software company and that there wasn’t much demand for such a program. Kodak and several other photography industry giants also passed on the program before Adobe finally snatched it up in September of that year.