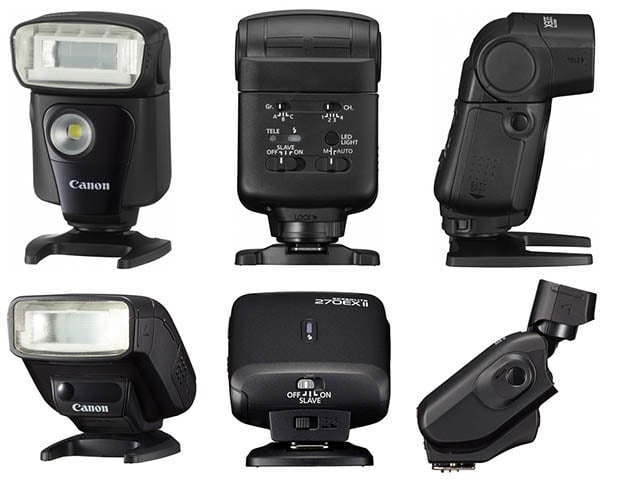 In addition to two new entry-level DSLRs, Canon is also releasing two new entry-level flash units, the 320EX and 270EX II. The 320EX includes a built-in LED light designed to provide illumination for video recording DSLRs, can be assigned to one of four channels, and can be wirelessly controlled with the newly announced T3i/600D. The 270EX II is a compact, lightweight flash that swivels in four positions ranging from 0 to 90 degrees, and can be wirelessly triggered but does not have channel capabilities.