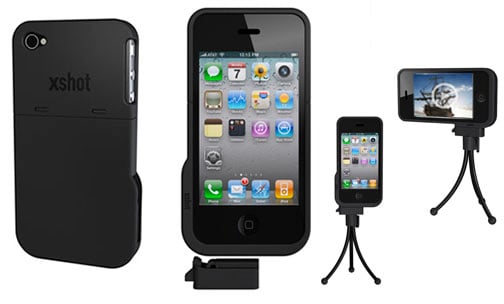 XShot, the company known for its handheld camera extender, has released a new iPhone 4 case designed to provide a tripod mount through a detachable adapter. A lot of iPhone owners seem to be interested in adding a tripod mount to their phone — a recent Kickstarter effort to create such a mount raised over $130K after asking for only $10K. The XShot iPhone case is different from other tripod mounts in that the mount is part of a detachable adapter that can be attached to either the side or the bottom of the iPhone.

It’ll be available by the end of November through the XShot store for $25.

Genius of Photography Series by BBC