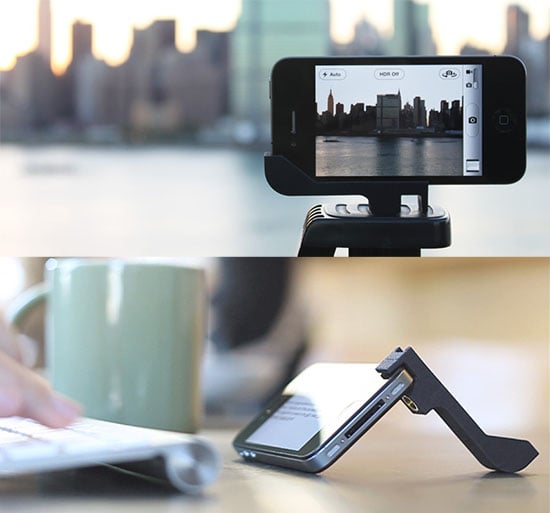 Turns out having a tripod mount and stand combo is what many iPhone 4 owners have been yearning for — a Kickstarter funding project for a new mount raised more than ten times what the creators planned to raise. Tom Gerhardt and Dan Provost originally intended to raise $10,000 over the course of a month to manufacture the Glif, a new tripod mount and stand for the iPhone 4, but ended up collecting over $135,000 from more than 5,000 backers who want such an accessory. You can find out more on the Glif website, or pre-order your own by contributing $20 to the project on the Kickstarter page.

HDR Photography Explained in a Diagram