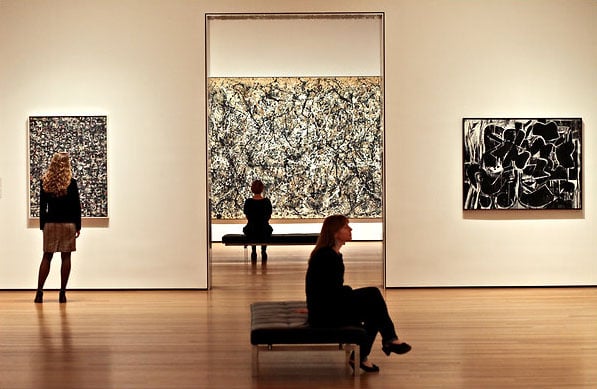 The New York Times recently issued an apology for staged photographs that appeared alongside an art review that ran at the end of September.

[The photographs] appeared to show museum visitors viewing the exhibit.

In fact, the people shown were museum staff members, who were asked by museum officials to be present in the galleries to provide scale and context for the photographs. The photographer acknowledged using the same procedure in other cases when an exhibition was not yet opened to the public.

Such staging of news pictures violates The Times’s standards and the photographs should not have been published. (While pictures may show previews or similar situations before an exhibition opens, readers should not be given a misleading impression about the circumstances.)

One of the photographs is shown above. Basically the photos showed museum staffers as visitors without indicating so in the captions. The comments over at PDNPulse are pretty interesting, with some commenters arguing that this isn’t such a big deal, while others claim that this undermines the credibility of photojournalism.

What are your thoughts on this story?