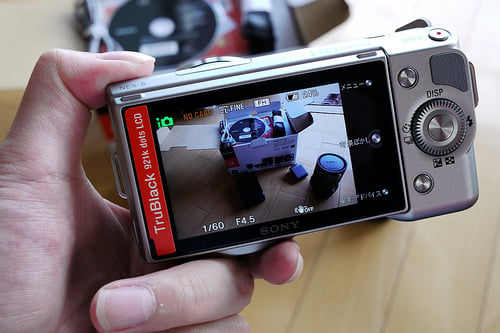 Sony has released a new firmware update for the NEX-3 and NEX-5 EVIL cameras that adds 3D Sweep Panorama technology. This is the technology shown in the super-annoying Taylor Swift commercial that invaded YouTube videos, except it’s enhanced to offer 3D viewing.

This is interesting, since traditional stereoscopic 3D photographs require 2 separate lenses to record footage from different perspectives. However, the Sweep Panorama technology works by shooting a burst of frames while having you smoothly pan across a scene, so it looks like Sony is using some fancy processing techniques to figure out perspective from the panning action.

Head on over to the Sony Europe Support site to download the firmware update if you have a NEX camera.

Giant Panorama of 70,000+ People is the Most Tagged Photo in the World