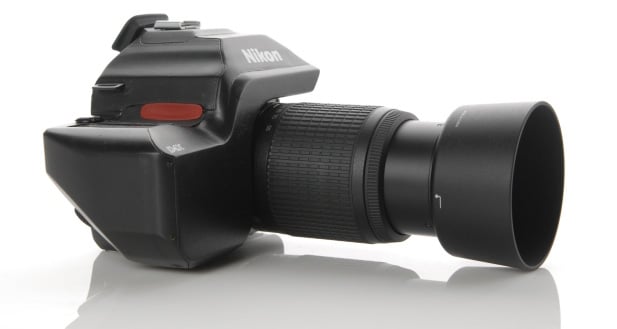 This was a student project at California College of the Arts in San Francisco. During my research on DSLRs I ran across some interviews of Giorgetto Giugiaro, the designer of the current top of the line flagship model for Nikon. He claimed that his product “has value as a sculptural work” and his objective was “to create a product with a value that everyone can understand at a glance.” Although I greatly respect his objective and the way he executed it, I wanted to try my own rendition making it even clearer, even to the untrained eye, that this was an object of great value and significance.

I broke away from an overly common form that was derived from film cameras and was dictated by the way that the film fit inside. I went through several physical foam renditions to get to a shape that had more to do with ergonomics, comfort and style than tradition. Although this concept is very different from its predecessors, I made sure to still maintain the overall design language Nikon maintains across its brand using color, detailing and surfacing.

The design is unlike anything we’ve seen here before, especially the placement of the mode dial on the bottom of the camera.

Do you see anything in this design that you think is an improvement on existing DSLR designs? What do you like or not like about it?