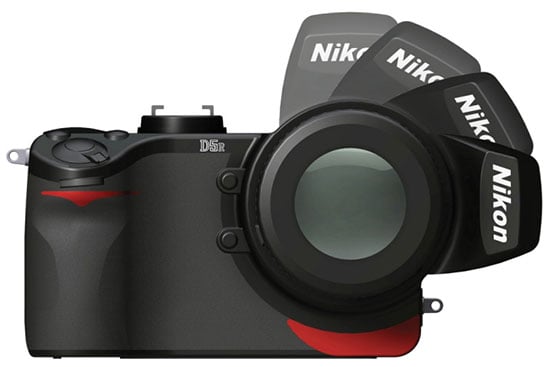 Illinois industrial design student Ned Mulka created this Nikno D5R concept camera for his senior thesis design project. While the design itself may be pretty iffy for a camera, the main idea behind it is pretty interesting — instead of having to rotate the camera itself for portrait orientation photos, why not only rotate the sensor, mirror, and viewfinder? An even crazier design would involve only rotating the sensor, allowing the camera to shoot any orientation without having to change how you hold the camera — though this would probably be an engineering nightmare for the camera makers.

What do you think of the idea?