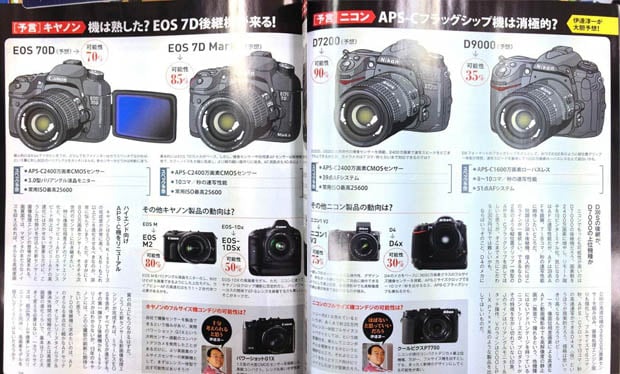 In the latest issue of Japanese magazine Impress, there’s a two-page section that predicts the new DSLRs that Canon and Nikon will be unleashing in this upcoming year. Alongside each model name, design illustration, and spec list is a percentage that indicates the likelihood of the rumor coming true. 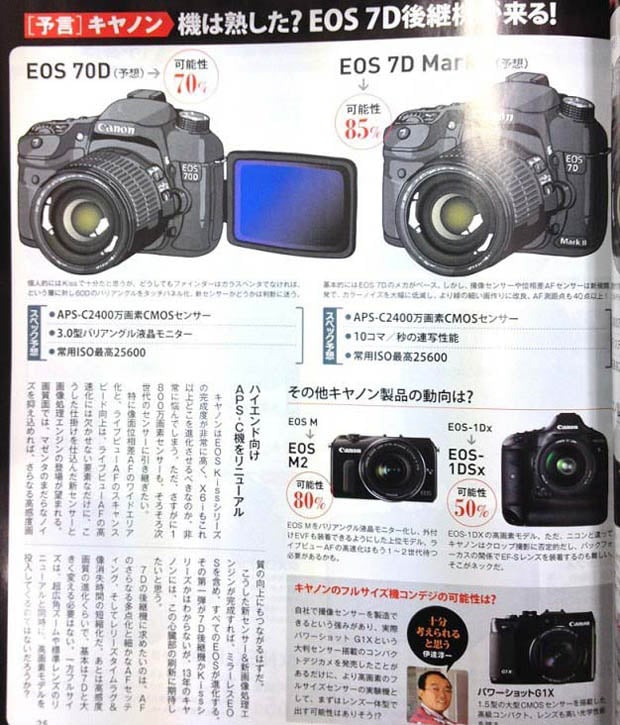 On the Canon end, there will reportedly be four new models ranging from the serious amateur end to the high-end professional end. The Canon 7D Mark II may include a brand spankin’ new CMOS sensor that offers up to ISO 25600, and 10fps continuous shooting (85% chance). It’s younger sibling, the 70D, may feature the same guts and a 3-inch swiveling LCD screen (70% chance). 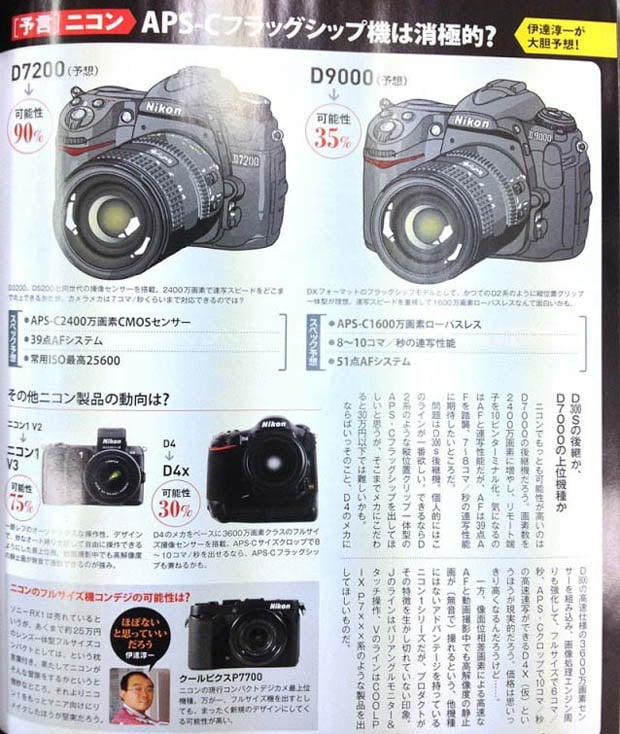 Back in January, the magazine also published a report with a number of predictions for many other camera makers.