peekfreak is a collaborative project between industrial designer Wai Lam and experimental photographer Yann Huey in which they explore the possibility of making cameras using everyday objects. The cameras they’ve made so far use things such as discarded bike parts, plastic containers, and 3.5” floppy disks.

The cameras are extremely minimalistic, and the sliding metal cover of the floppy disk is used as a simple shutter mechanism to expose the film. Check out the innards: 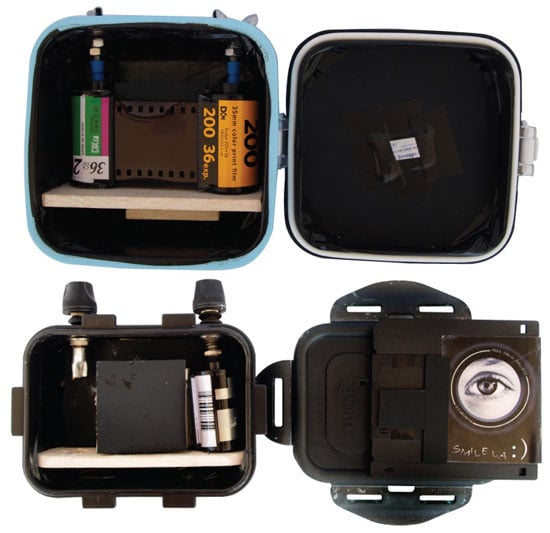 Since the cameras are so randomly put together, the resulting photographs have their unique looks depending on construction: 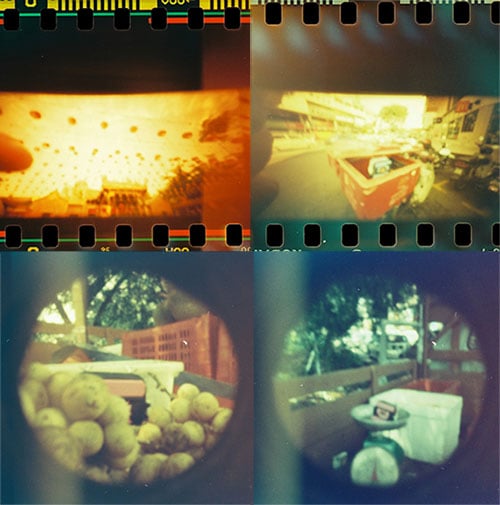 If getting weird looks while doing photography is your thing, then these cameras are for you! They aren’t for sale and there isn’t any tutorial on how to make these, but the cameras are simple enough that you should be able to figure it out from the photographs.

A Look Behind the Scenes with Peter Funch