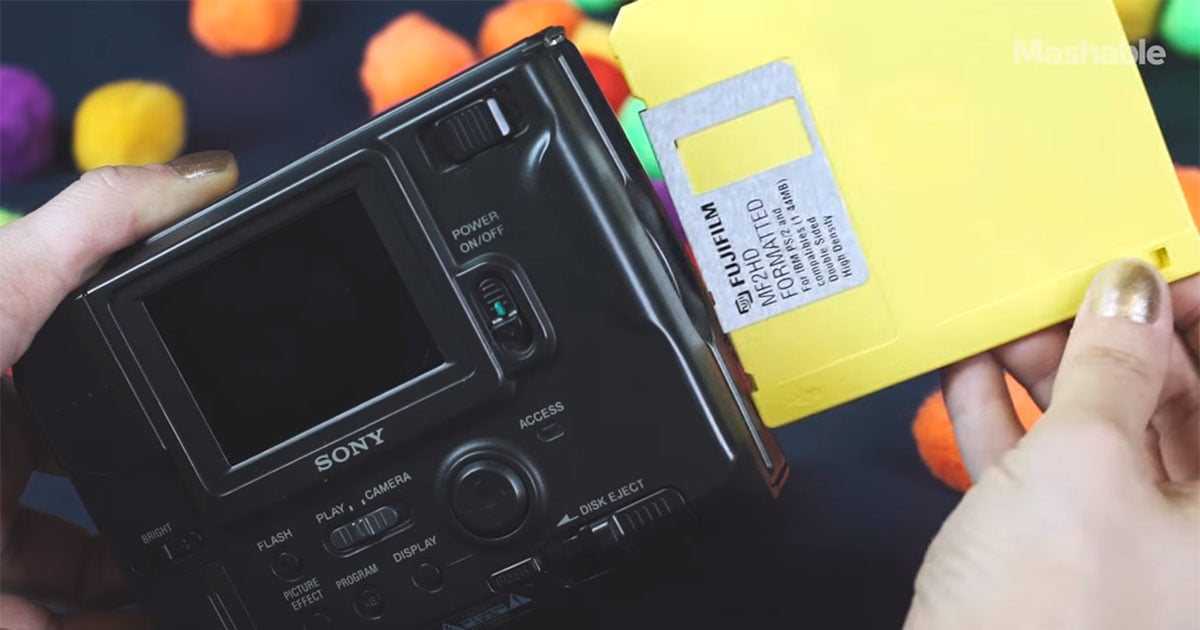 If you were into photography in the early days of digital cameras, you probably remember the “revolutionary” Sony Mavica line, which used 3.5-inch floppy disks as 1.44MB “memory cards”.

The Sony Digital Mavica MVC-FD5 of 1997 was the first of the series to record its 0.3 megapixel photos onto the 3.5-inch floppy disks that were widely used at the time (and which are now known as the “save icon” by younger generations). It took a whopping 10 seconds to save each of the digital photos onto the disk.

Mashable created this 1-minute “blast from the past” video to remind the world of the wonderful Mavica cameras:

Just in case that short video isn’t enough nostalgia for you, here’s a 4.5-minute-long commercial in which Sony promotes its Mavica camera and demonstrates how it works:

“The inexpensive floppy disk stores up to 40 images per floppy,” Sony says. “The real beauty of the floppy disk is how much it simplifies the process of sending email pictures. The hassle-free floppy eliminates the need for expensive hardware, cables or adapters.”

We also get a glimpse of Sony’s bundled photo editing software, which “turns your computer into a desktop publishing empire.”

(via Mashable via Bokeh)

Review: The Sony RX1R II is Excellent, Extravagant, and Overpriced