It’s easy to take memory cards for granted and forget how far we’ve come, but that 256GB microSD card in your camera bag is nothing short of a modern day miracle. Don’t believe us? Just check out this “blast from the past” tour of old digital cameras that used floppy disks as their “memory cards”.

The video was put together by YouTube’s The 8-Bit Guy, and it’ll either remind you of a time in your past or make you incredibly grateful you never had to deal with this sort of “ancient” camera technology.

The best part of the video is that this isn’t just a tech tour, you actually get to see four different cameras from around this same era in action—including the classic Sony Mavica FD7, the high-end version of the first floppy disk digital camera on the market, the FD5. 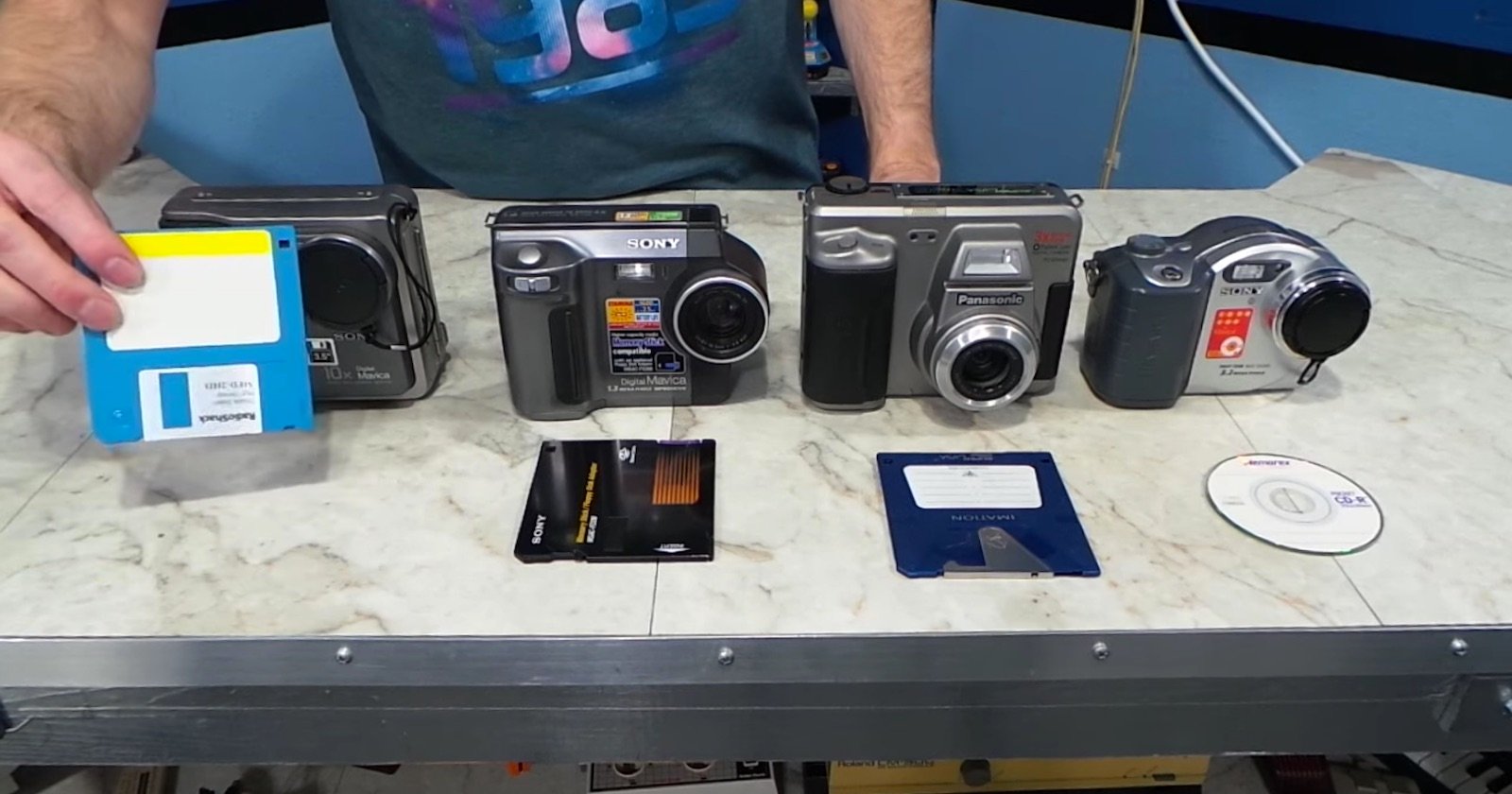 From a photographic perspective, The 8-Bit Guy basically covers the moment in history when consumers began to transition from Film to Digital. The original Mavica, its competitors, and the cameras that followed shortly after finally broke through some of the most stubborn acceptance barriers digital cameras faced at their inception.

Putting photos on floppy disks, super disks, CDs, and then memory cards finally made it easy to take an image off your camera and put it onto your computer almost instantly. If you could forgive the quality loss over film photography—and plenty of consumers could—there was no denying digital was the more convenient option.

Check out the full video above for a little photography history lesson this Monday, and then go appreciate your SD and microSD cards for the miracles of technology they really are.