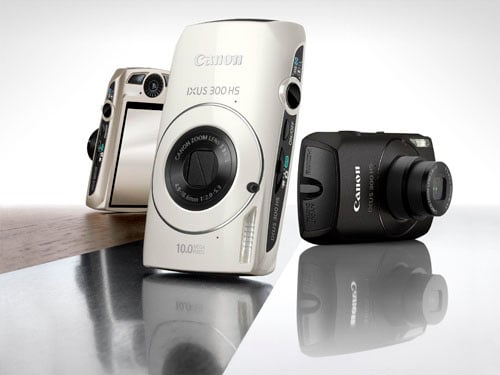 Canon isn’t letting Sony have all the fun today — they’ve announced their latest Digital ELPH camera, the SD4000 (also known as the IXUS 300HS outside the US). The 10-megapixel camera has two features that really popped out to us: 240 frame per second slow motion video at 320×240, and ISO 6400 for low-light shooting. It can also capture 720p HD video, just not in slow-motion. If you’ve always wanted to play around with slow motion, this camera can enable you to do so (just for lower-res videos). The camera is priced at £379 (~$560) in the UK, and US pricing has not been announced yet.