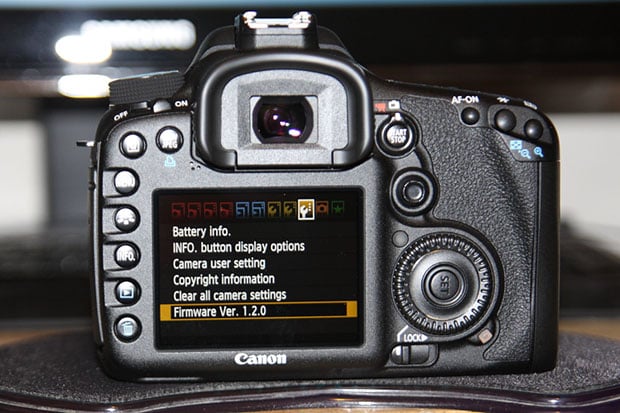 A photograph of a Canon 7D with firmware version 1.2.0 has appeared before any official word of the update from Canon. It was posted to POTN by forum member garycoleman, who says,

My 7D came from the Canon headquarters in NY because it was a replacement for my defective one. The serial starts with 077xxxxxxxx and has firmware 1.2.0 which I find interesting because the Canon only goes up the 1.1.0 on their webpage. Maybe 1.2.0 is going to be released any day now?

It doesn’t look like the firmware update will be a big deal, but it’s interesting that it appeared in the wild from Canon before any official announcement was made.

How to Use an iPhone as an iPad Camera