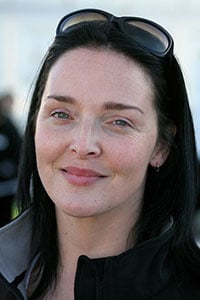 After nearly 5 years as the Community Manager at Flickr, Heather Champ has announced she is leaving to start an online community consultancy called Fertile Medium with her husband Derek Powazek (whom she also started JPG Magazine with).

After working as a web designer for 11 years, she joined Flickr in May of 2005, a couple months after the photo sharing service was acquired by Yahoo.

The announcement of her upcoming departure came in a post published on her blog today, titled Je ne regrette rien (“no regrets” in French), in which she also reflects on her time at Flickr:

In the end, Flickr is very much about every member who has ever uploaded a photo or video, left a comment, or faved something. You are the heart of Flickr and you’ve enriched my life in ways. More importantly, you’ve enriched the web through glimpses of your life that you’ve chosen to share.

Champ was extremely influential in shaping the direction of the Flickr community and, if the comments left on her blog post are any indication, will be deeply missed there.