Today I’ll be doing a post-processing walkthrough with the following photograph I took about a week ago: 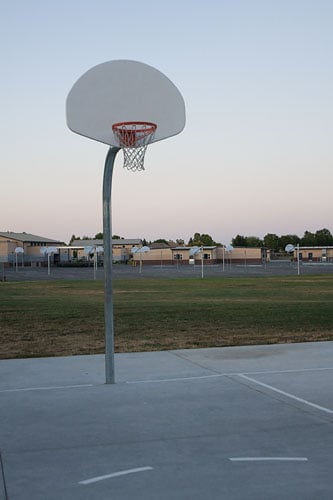 The composition is pretty ordinary. The basketball hoop is placed along one of the rule-of-third lines, while the lines of the ground create interesting angles in the photo. 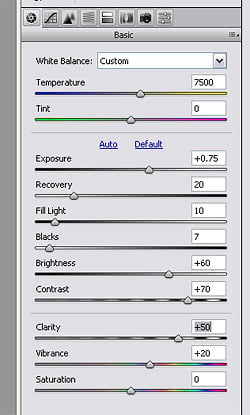 Now, opening up the RAW file in Adobe Camera Raw, here were my initial adjustments:

White Balance: I upped the temperature a bit, since the original photograph is too cool, or blue. See how the gray backboard looks bluish-gray.
Exposure: We begin tackling the “muddiness” of the photograph by increasing exposure a little. The photo begins to look more properly exposed.
Recovery: Increasing the exposure blew out certain small areas of the photograph. Increased recovery by twenty to recover the detail in these areas.
Fill Light: Added a tiny bit of fill light to brighten some of the darker areas of the foreground without affecting the sky.
Blacks: After the previous steps, we lost a lot of true black and ended up with a whole lot of gray. Increase black a little to turn the darkest of the gray points into black points.
Brightness: Increased brightness by 10 from the default of 50 to brighten the foreground a little more without affecting the sky too much.
Contrast: The photo became pretty “uncontrasty” through the previous steps. Increased contrast to +70 to regain the lost contrast.
Clarity: Increased this to +50 to make the hoop stand out a little more against the bright sky behind it.
Vibrance: Increased by 20 to give the less-saturated colors in the photo a little more color.

After making these changes, this how the resulting photograph looks (hover your mouse over it to compare it to the original version): 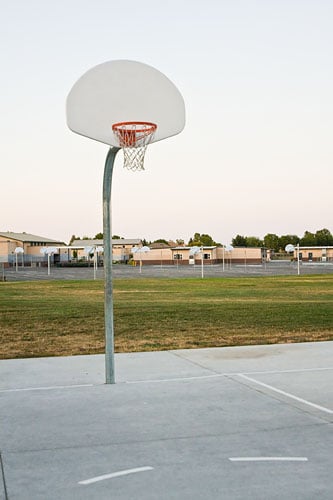 See how the photograph became less “muddy” in appearance?

Next, we can deal with sharpness and vignetting. In my opinion, this is a photograph that vignetting benefits a lot, as it can help draw the viewers eye to the subject (the hoop). For this photograph, I made the following changes: 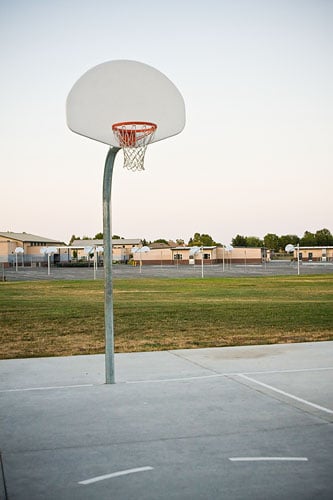 That’s all the changes I made to the photograph in Adobe Camera Raw during the RAW to JPEG conversion step. I could be done with the photo at this point, but notice how there’s a distracting crack in the ground in the bottom left corner of the photograph. I used the clone stamp tool in Photoshop to get rid of this crack. 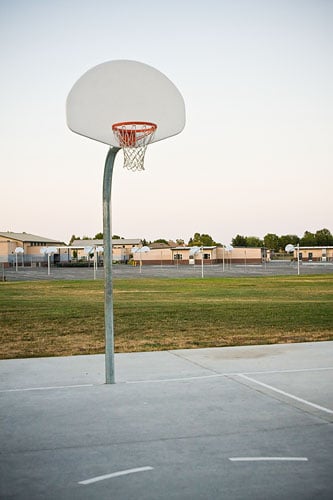 What I really liked about this photo was how it looks like a film photograph in certain ways. If I had stepped a little further back so that the hoop was smaller, I might have cropped the photograph to look more like a medium format photo.

Interview with Fredrik Olsson of smudo.org