I had another go at the Bible Heart picture but this time with a tripod to properly hold the flash so that I could get consistent lighting and a ring instead of a UV filter. 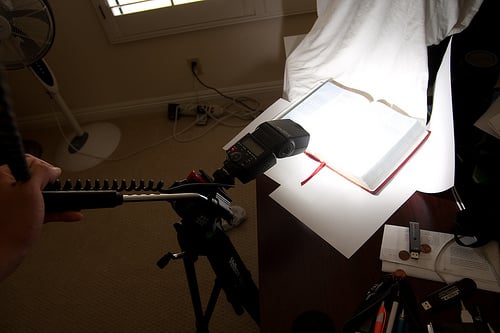 This was my intial set up. I changed it a little bit later on but this is basically what it looked like. 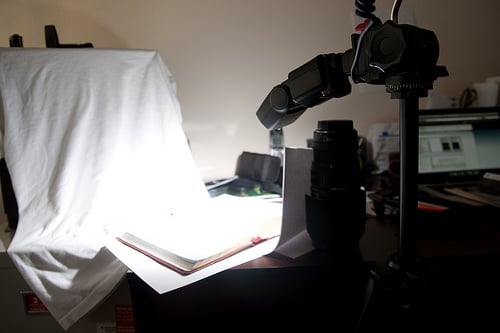 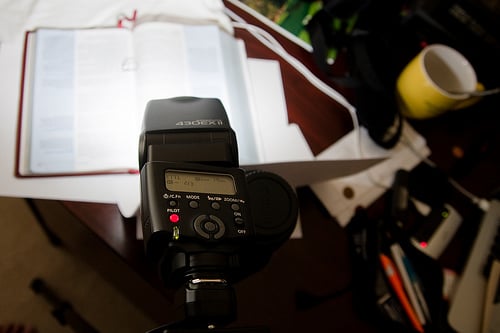 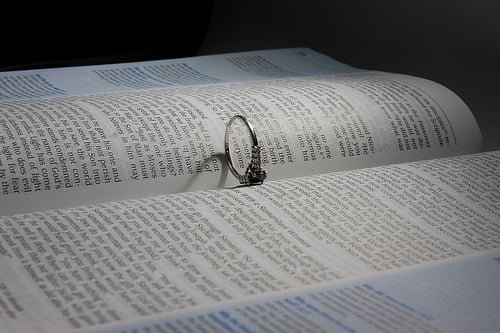 I used all manual settings to see where the shadow was going at first, and ended up using some really weird settings. I was at f/20 for aperture (which I never do) and you can see that basically everything is in focus. Haha. 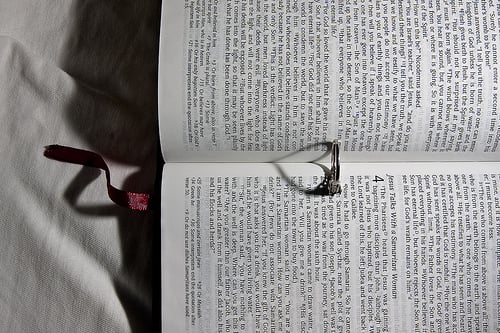 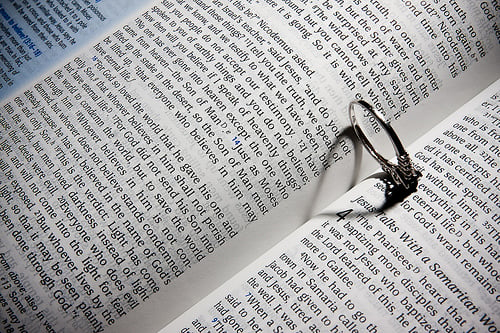 Ahh… Finally got the heart as I wanted it to look! The first picture is what the shadow looks like from above (obviously distorted); it’s that way because John 3:16 is more to the end of the Bible and the page heights are different. Then I had to play around with what angle to shoot from to get rid of the distortion. After I figured that out…it was time to change some settings and ring placement. I then reverted to f/2.8 so that I could pick and choose what was in focus.

Here’s an intial shot I took with the ring in focus. It doesn’t have much meaning to it though: 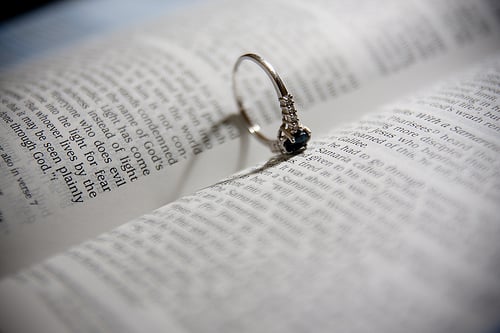 Here’s one of the final pictures. I made the ring out of focus on purpose and then focused on the word “loved.” 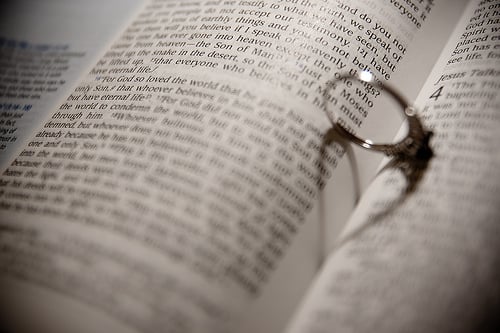 Then I really wanted a picture from that top view perspective so then I turned to the middle of the Bible and took another couple of pics. 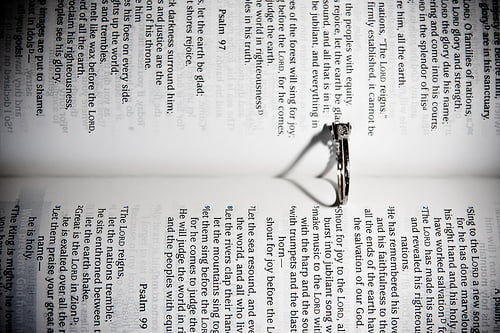 Here’s the one I chose for the final for that: 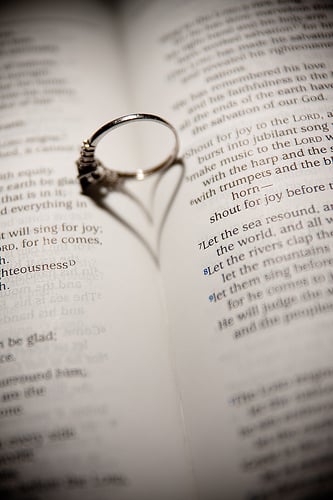