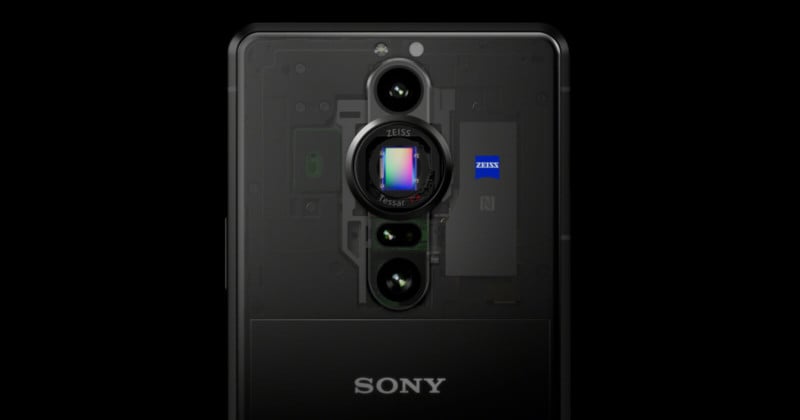 It is very common to hear the term “1-inch sensor” and based on the name, it would be natural to assume that at least part of it is 1-inch in size. Except that’s not the case.

One Inch Doesn’t Mean One Inch in Size

There are literally dozens of sensor sizes expressed in various fractions of an inch, which is already confusing. But it gets worse: none of these actually refer to the physical size of the sensors in question. For example, a 1-inch sensor measures 13.2mm by 8.8mm, with a 15.86mm diagonal, and one inch is equivalent to 25.4mm. So, what gives?

YouTuber and tech reviewer Marques Brownlee recently published a video that covers the topic and explains how the term 1-inch is not related to a sensor’s physical dimensions but is instead a reference to an outdated technology.

Back in the day, video cameras used glass vacuum tubes which transmitted electrons down the length of the tube and onto a photosensitive sensor. These cameras first came about in the 1930s, simultaneously ushering in the era of electronic television, and became very popular when ENG (electronic news gathering) cameras replaced 16mm film for TV news productions in the 1970s.

Similarly, CRT (cathode-ray tube) televisions and computer monitors used vacuum tubes containing a tungsten coil that, when heated, would produce electrons which would then be focused onto a fluorescent screen to generate light (and an image). CRT displays phased out of use starting in the early to mid-2000s when flat-panel LCD and plasma displays came onto the market.

How to Calculate a Sensor’s Actual Size

So, when companies use the term “1-inch sensor” — or any other format expressed in inches — multiplying that number by 2/3 will yield the approximate diagonal of the format (since the sizes are rounded figures, they will not be exact). Two-thirds of 25mm (one-inch) is approximately 16mm: very close to the 15.86mm diagonal of 1-inch sensors.