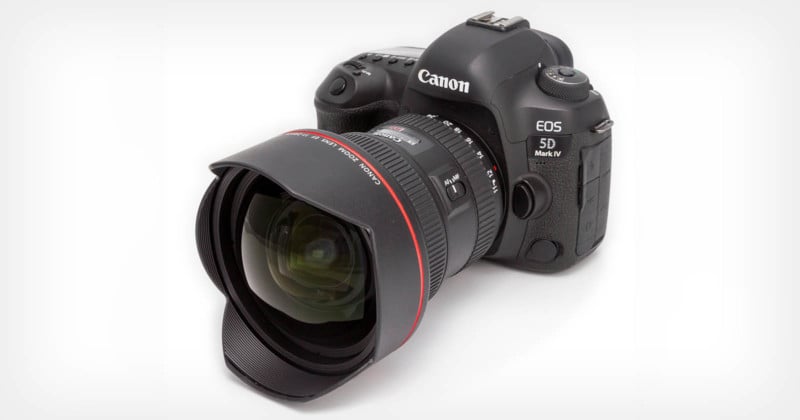 If it seems like there’s more new photography technology than what you can keep up with, you are probably correct. However, don’t let that deter you from learning the industry standards and terms within it. One of those terms that you’ll likely come across is the digital single-lens reflex (DSLR) camera, which has been the leading type of camera for still photography throughout the past decade.


While we are likely nearing (or already at) the end of the DSLR’s reign, the DSLR will be relevant in photography for many years to come. This guide will help you understand what a DSLR camera is and how it compares to other types of cameras.

What Does DSLR Mean?

“Digital single-lens reflex” isn’t exactly the easiest term to understand off the bat. However, it makes more sense when you break down each part.

Digital: This implies that the camera is not film-based and that images are captured digitally on an image sensor instead of using photographic light-sensitive film. The film-based counterpart (which came before the DSLR) was called a single-lens reflex, or SLR, camera.

Reflex: This refers to the fact that the photographer can see exactly what scene will be captured using a DSLR camera. The mirror in a DSLR directs the light toward the optical viewfinder. Other types of cameras sometimes have different mechanisms, and they don’t always project the exact scene that will be captured.

DSLR cameras operate using a mirror angled at 45 degrees, which directs light up toward the optical viewfinder for the photographer to see. The light is not routed through a digital path, which is why you can see a scene through a DSLR’s viewfinder when it is powered off.

When the shutter button is pressed, the mirror is lifted up to reveal the camera’s sensor for an exposure. This changes the path of light from going up into the viewfinder to going straight into the sensor, which is why there is a brief blackout of the viewfinder when taking a picture. This also produces the satisfying, yet sometimes inconvenient shutter noise that is commonly associated with DSLR cameras.

While the first commercially-available DSLR cameras became available in the 1980s and 1990s, film cameras dominated the professional field for at least a decade due to various factors such as price and speed. A similar transition has been happening between DSLR and mirrorless cameras in recent years, and many would argue that we’ve reached the point where mirrorless cameras are overall more desirable than DSLRs. There are still arguments for DSLRs, however, which will be addressed in this article.

DSLR cameras come in two major body styles. The most common style is based on the traditional SLR camera from the days of film photography — it is the prototypical shape that most people think of when they think of an interchangeable-lens camera.

Flagship DSLRs designed for professionals, however, typically feature a larger square-shaped design that has a battery grip built into the camera. This additional grip allows photographers to comfortably hold the camera the same way whether shooting in portrait or landscape orientation.

There are also optional battery grip attachments for lower-end DSLRs that can provide the same form factor, ergonomics, and increased battery life.

While there has been a wide range of sensor sizes used in DSLR cameras over the years, the two most common image sensor formats have been full frame and APS-C.

Higher-end (and more expensive) DSLRs typically feature full-frame sensors, which are the exact same size as a frame of 35mm film.

Sensor formats other than full frame have different crop factors that provide photographers with a reference for the equivalent focal length of lenses relative to 35mm full frame. The same focal length will have a narrower field of view when used on a smaller sensor.

Canon and Nikon have generally been regarded as the leaders of the DSLR market, and their respective Canon EF and Nikon F lens ecosystems feature thousands of lenses developed over the years that continue to be compatible with the latest cameras.

The flagship Canon EOS-1D X Mark III and Nikon D6 are used by many professional sports and wedding photographers due to their speed and accurate autofocus. Other cameras such as the Canon 5D Mark IV and Nikon D850 have higher-resolution sensors, but slower autofocus and drive systems.

The Canon Rebel line of DSLRs are designed for beginning photographers and are some of the cheapest, smallest, and lightest DSLRs on the market. Ultimately, the brand of camera that you use is up to you and there are different theories on how much you should worry about that.

Other companies that still produce DSLR cameras include Pentax, Leica, and Sigma.

DSLR cameras are commonly thought of as “professional” cameras, even though a good number of them are geared toward amateur photographers. They are still more expensive than most point-and-shoot cameras (also known as compact cameras), mainly due to their increase in quality and capabilities. The ability to change lenses adds another potential cost because most photographers using a DSLR will want more than one lens.

Here are a few key differences between point-and-shoot cameras and DSLR cameras.

What if a camera existed that had DSLR-like quality (or better) without all of the bulk? Enter the mirrorless camera, the DSLR’s challenger for the title of being the industry standard. Mirrorless cameras operate just like their name implies – there is no mirror required to reflect light to an optical viewfinder. Instead, an electronic viewfinder (EVF) is used to display a digital projection of the image.

Most mirrorless cameras still allow for one lens to be attached and changed, and mirrorless sensor sizes are comparable to (or sometimes larger than) DSLR cameras. There are upsides and downsides to both types of cameras, and it’s important to understand the key differences.

Whether you’re just getting into photography or you’ve been in the industry for a while, it’s important to understand the tools of the trade. DSLR cameras have been the leading cameras in the still photography industry for at least the past decade, and they may continue to be relevant far into the future. Keep an eye on other types of cameras, because the DSLR likely won’t be the leader (or maybe already isn’t) for long, but DSLRs will continue to be great options for professional and amateur photographers alike.