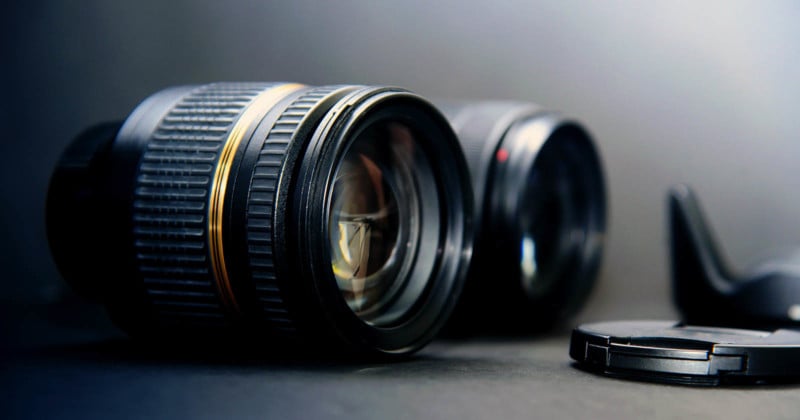 There’s more to consider than focal length and price when buying a new lens. Lenses come with an assortment of features such as stabilization and weather sealing, plus issues like distortion and bokeh.


Here is a guide to help you understand some of the topics and help you make the right choice in your next lens.

Most lenses these days are autofocus lenses. There is usually a switch on the lens, or an option in the camera’s menu, to change to manual focus if you want to fine-tune your focus or if the autofocus isn’t functioning properly, which can sometimes happen in low light situations if there isn’t enough contrast in the scene.

Everybody shakes. This can result in camera shake and blurry pictures for still photographers and jitter in video. This is especially true with long shutter speeds or with large and heavy telephoto lenses. Many lenses now come with some form of image stabilization, a system designed to compensate for shaking and help you get a sharp image. Image stabilization also lets you use a longer shutter speed so you can get sharp images in low-light situations.

Lens manufacturers have added stabilization modes to improve performance in special situations. Most telephoto lenses come with a Mode 1 and a Mode 2. Mode one is general purpose and best for stationary subjects. Mode 2 is for panning – following subjects moving in a straight line such as a car or runner. Some lenses have a Mode 3. This is for photographing subjects that moving erratically such as athletes on the field or birds in flight.

The lens aperture controls how much light enters the camera through the lens. It also affects the depth of field. Aperture settings are called f-stops. It might seem counterintuitive, but a high f-number means a smaller aperture opening with less light coming through, while a low f-number means a wider aperture and more light hitting the sensor.

If you expect to be doing a lot of photography indoors or in other low-light settings, you probably want a “fast” lens. This is a lens with a low f-stop setting such as f2.8, f2 or lower. Also, some zoom lenses have variable apertures. For example, a 100-400mm zoom might be f/4.5-5.6. This means that it will go down to f4.5 at its shortest focal length, but will only go to f5.6 as you zoom in and go to longer focal lengths.

Make sure the lens you buy will work on your camera. Many won’t.

Finally, there are also some brands, such as Sigma and Tamron, that produce 3rd-party lenses compatible with cameras from major manufacturers. These lenses typically aim to provide equal (or even better) image quality and features at a lower price point compared to the camera manufacturer’s own lenses.

DSLR vs. Mirrorless. There’s also a difference between DSLR and mirrorless lenses, and lenses made for APS-C and full-frame cameras. DSLR and mirrorless cameras also have different mounts, even when made by the same manufacturer, so make sure you’re buying the right lens. Canon and Nikon make adapters that allow you to use one of their DSLR lenses on one of their mirrorless cameras without a problem. There are also some third-party manufacturers that also make adapters. However, they don’t always work as well as in-house adapters.

Focus by Wire vs Linear

Focus-by-wire systems focus more quickly than linear systems when using autofocus. However, they can be harder to focus when trying to focus manually. With a linear system, each position of the focus ring corresponds to a specific distance from the lens. This allows the manufacturers to put distance markers on the lenses, which is very helpful in some situations. With focus-by-wire, the position of the focus ring doesn’t correspond to a specific distance.

Higher-end lenses often come with weather sealing, which is designed to keep out water and dust. It usually involves seals around switches, connections, and other areas that might allow the elements to sneak in. However, there’s no standard definition of weather sealing and weather sealing doesn’t mean weatherproof. Nonetheless, it’s a good idea to check for weather sealing when buying a lens if you plan to shoot outdoors in a challenging environment.

It happens when the lens is unable to focus all of the wavelengths of light on the same focal plane.

All lenses are said to have at least some amount of chromatic aberration, but some have more than others. Fortunately, it is easily removed or reduced in post-processing in Lightroom and other editing programs.

You may be able to limit it while shooting, too, by shooting at a higher f-stop. For example, on a lens with bad chromatic aberration, you’ll probably see more of it at lower f-stops than at higher f-stops. For example, you’ll get more fringing at f/4 than you will at f/16.

Camera lenses have three types of optical distortion: barrel, pincushion, and mustache. An image with barrel distortion looks fine in the center but starts to curve toward the edges. Lines on opposite sides of the center appear to bow outward like the edges of a barrel. You’ll see this effect with wide-angle lenses.

Pincushion distortion is the opposite. Lines away from the center start to bow inward toward the center. It’s an effect you’ll see with telephoto lenses.

Barrel and pincushion distortions are easily corrected or at least improved in Lightroom and other editing programs.

Coma, or comatic aberration, is when points of light at the edges of an image are stretched into comet-like shapes.

You’ll see this most often in astrophotography when stars along the outer edges of the image look more like comets than points of light. You can’t correct coma in post-processing, but you can reduce it by using a higher f-stop. However, you probably don’t want to use a high f-stop if you’re photographing the night sky. Look for a lens with little or no coma if you plan to shoot the stars.

A lens element is a single piece of glass or other transparent material that is used in a camera lens to refract (bend) light. Camera lenses can contain one or more lens elements, and the number and type of elements can vary depending on the design of the lens.

When looking at the specs of a camera lens, you may have noticed that the manufacturer often shares the number of lens elements and the number of groups those elements are arranged in.

While a lens can be as simple as a pinhole or a single lens element, modern camera lenses are typically created using multiple lenses in different groupings. These lenses have different shapes, materials, and qualities, and each group can have a different function within the entire lens system.

Glass lens elements may struggle with chromatic aberration, so manufacturers may include some low-dispersion elements created with other materials (e.g. fluorite) with lower refractive indexes in order to reduce those aberrations.

Certain shapes may be used in other elements to improve image quality in other ways. For example, aspherical lens elements are often used to combat distortion in wide-angle lenses and to reduce spherical aberrations in fast lenses.

Some groups move within the lens for zooming and focusing. Some groups provide image stabilization.

Anti-reflective coatings: These coatings help to reduce the amount of light that is reflected off the lens surface, which can help to reduce flare and ghosting in images.

UV coatings: These coatings help to block ultraviolet (UV) light, which can cause color shifts in images and can be harmful to the human eye.

Water- and oil-repellent coatings: These coatings help to prevent water and oil from adhering to the lens surface, which can make it easier to clean the lens and can help to improve image quality.

Scratch-resistant coatings: These coatings help to protect the lens surface from scratches and other types of damage.

Lens coatings can be applied to the front and/or rear elements of a lens and can be made from a variety of materials including polymers, metals, and ceramics.

Bokeh is a Japanese word meaning blur. It refers to the quality of the blurry areas of an image. Good bokeh has a smooth, creamy look to it while bad bokeh has a rougher look with distinct edges. For example, the edges of a bright point of light will blend smoothly into the background if a lens has “good” bokeh.

A lens with “bad” bokeh will show distinct edges around the circle of light and may even display “onion ring’ bokeh – a bright point of light will have rings within it, like the rings within an onion or tree.

We hope this beginner’s guide to lens features was helpful as you try to wrap your head around the difference between various lenses on the market.

Want to suggest a term or feature that isn’t currently on this list? Leave a comment below and we will consider adding it!

A parfocal lens is a type of camera lens that is able to maintain its focus plane even when the lens is zoomed in or out. This means that when the focal length of the lens is changed, the point of focus will remain the same, which can be useful in certain photography situations, such as when photographing a moving subject.

Using a parfocal lens allows you to zoom in to a subject for focusing but then zoom out again for creating your desired composition without worrying that your focus will be thrown off in the process.

The opposite of a parfocal lens is a varifocal lens, which changes its focus as its focal length changes.

Focus breathing is when the angle of view of a lens changes as the focus is changed. The name comes from the appearance of a lens “breathing” in and out as a photographer adjusts the focus ring back and forth.

Lenses ideally exhibit minimal focus breathing, as it can result in changes in composition for still photographers, and an unwanted visual effect when shooting video.

About the author: John Tunney is a fine-art photographer and instructor living on Cape Cod in Massachusetts. You can find his work on his website and on Instagram.