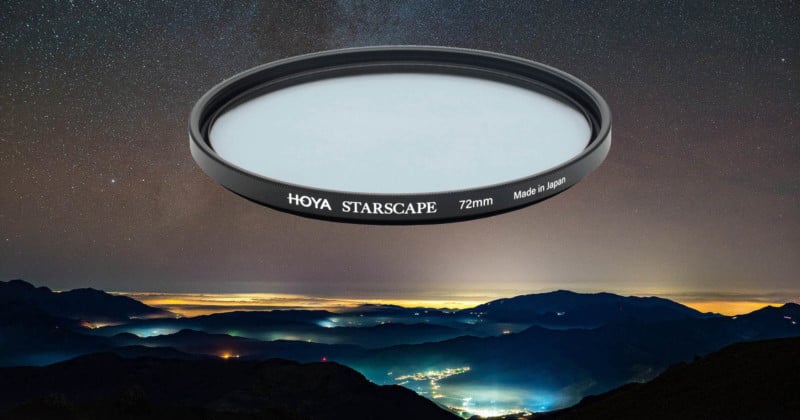 Astrophotography still is one of the most popular photographic genres in the world and as we are in the middle of the Milky Way season, it is a very good opportunity to take an in-depth look in a very helpful accessory for better night sky photos.


In this article, we will analyze the effect and use of a light pollution filter, a very helpful tool in the hands not only of astrophotographers but low-light photographers as well. 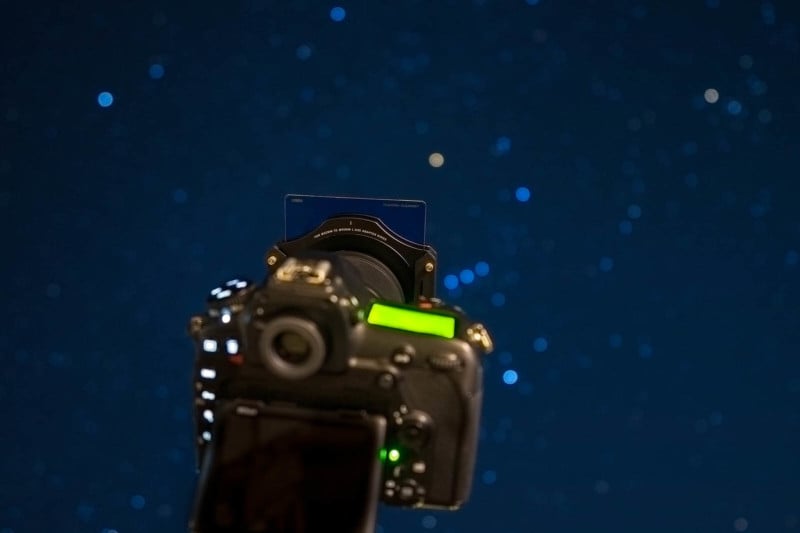 What is Light Pollution?

“This light, and the electricity used to create it, is being wasted by spilling it into the sky, rather than focusing it on to the actual objects and areas that people want illuminated.”

In addition to blocking our view of the night sky, it also has serious environmental consequences on the whole ecosystem but also affects human health as well.

The yellow/orange tint near the horizon is the effect of light pollution in the photos above.

Most people are not aware of this type of pollution, but it is very important for human health and the whole ecosystem to raise awareness and learn more about it as well as take action even in our homes to try and reduce it.

What is a Light Pollution Filter?

A light pollution filter is a filter that blocks a specific part of the wavelength, and more specifically it cuts out the yellow and orange parts of the spectrum between 575nm and 600nm, while not altering the other colors/wavelengths. 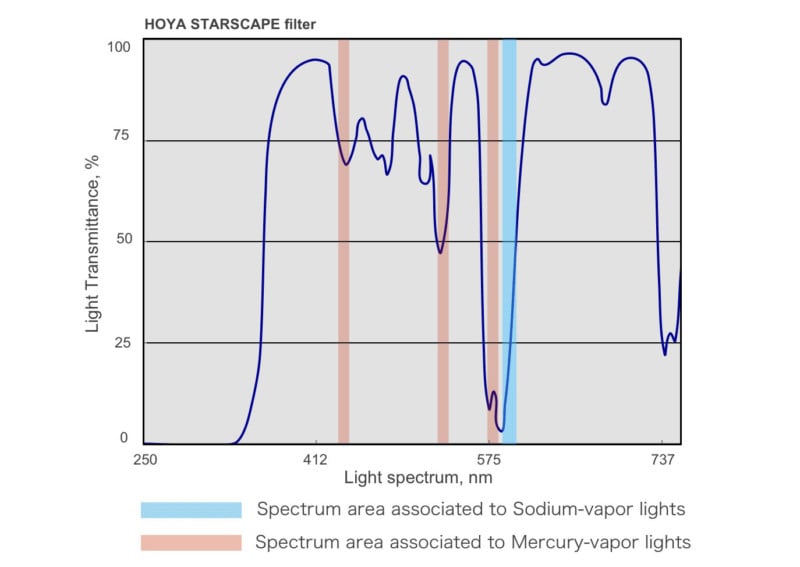 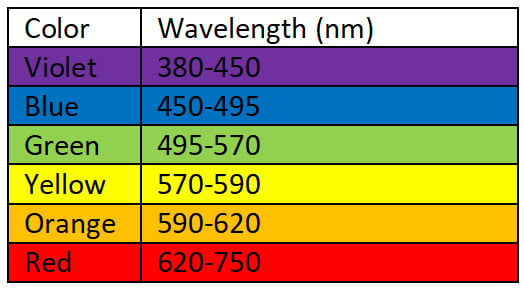 Yellow and orange are the most common colors of sodium vapor lights that are being used in most big cities of the world, and as most of us either live in a big city or have one near our home location, this filter can help us reduce the light pollution levels that are recorded on our shots.

The Design of Light Pollution Filters

A light pollution filter at first glance looks like a common UV filter but its glass has a slight purple or green tint depending on the manufacturer, and usually is made of didymium, which is a mixture of the rare-earth metals praseodymium and neodymium. 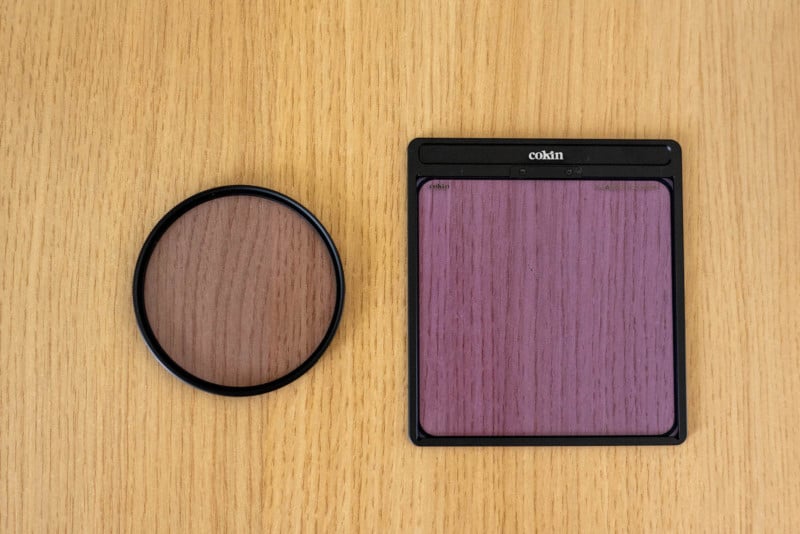 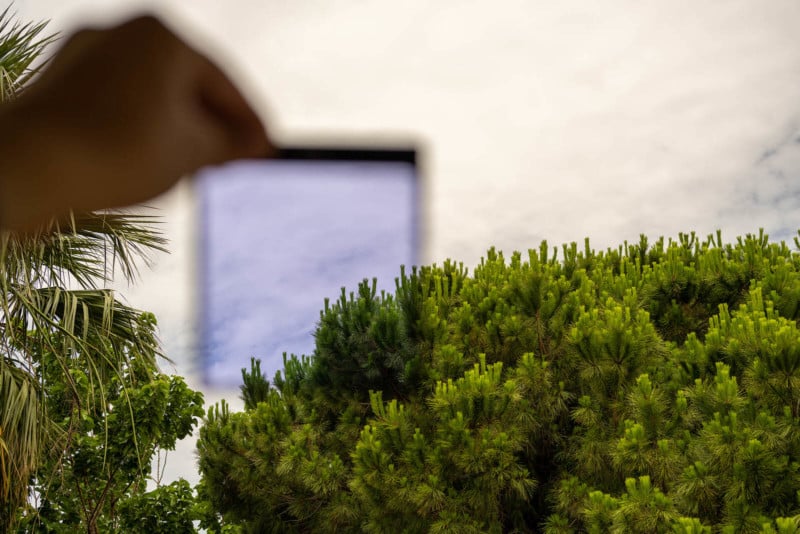 The filter is ideal for astrophotography as in addition to blocking the unwanted yellow and orange tones of light pollution, it also increases the overall contrast of the image and enhances the red and magenta tones in the captured photos.

The basic principle in astrophotography is to find a location that is far away from city lights to capture the beautiful night sky in all its glory. Still, as our civilization continues to advance, artificial light can be seen almost everywhere — even if we are in a remote location, some light or its glow will likely still be visible. 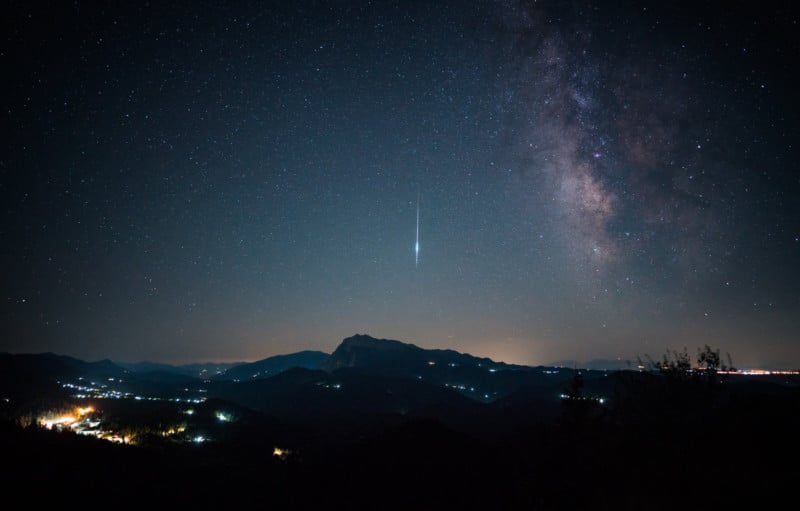 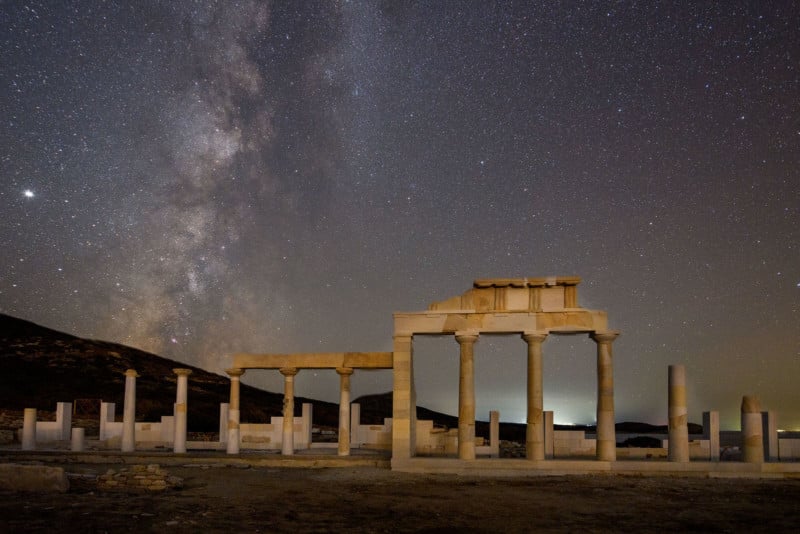 By using a light pollution filter, the effect of light pollution, which can be usually seen near the horizon as a yellow/orange tint, is reduced or even eliminated in the captured shots.

Side Effects of Light Pollution Filters

There are many great light pollution filters on the market and most of them can reduce the light pollution levels on our shots, but depending on the manufacturer and the build quality of the filter, there are some side effects that we will discuss further.

As this filter blocks a specific part of the wavelength, it also reduces the overall light transmission. This means that with this type of filter some exposure compensation is required either on camera during shooting or later during post-processing.

For most recent cameras even 2/3 of a stop is not a big deal, but it is still something to consider when choosing what filter to buy.

Higher quality filters usually offer great optical elements with multicoating that will reduce any visible optical aberration and artifacts in the photo such as flaring and/or ghosting.

Some filters produce an unwanted tint/color cast on the captured photo, but on most occasions, this is something that can be easily fixed in post.

Here are some examples of urban low-light photos captured with the help of light pollution filters.

Light Pollution Filter During the Daytime?

As we mentioned in the beginning, a light pollution filter can also enhance the overall contrast of the image and also increase saturation in red and magenta tones. These are things that can be very helpful in the daytime — during sunset shots, for example. 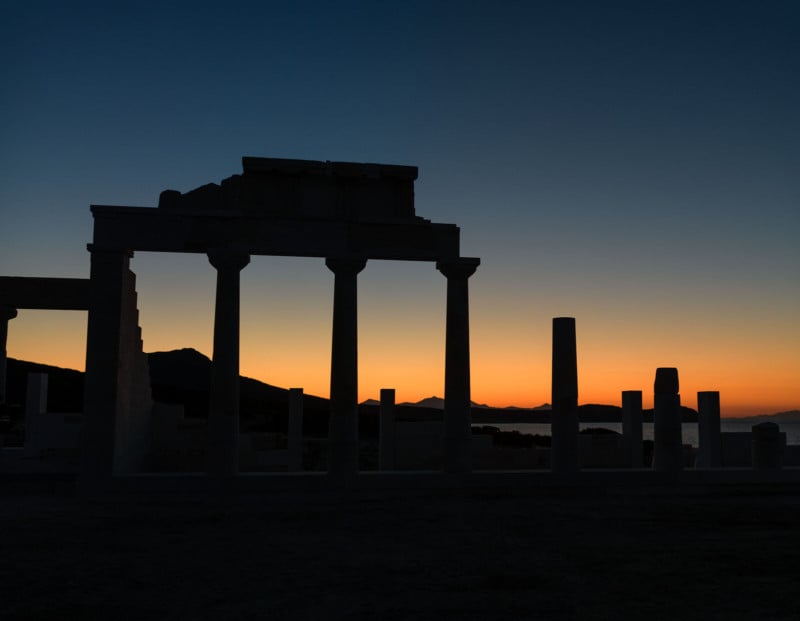 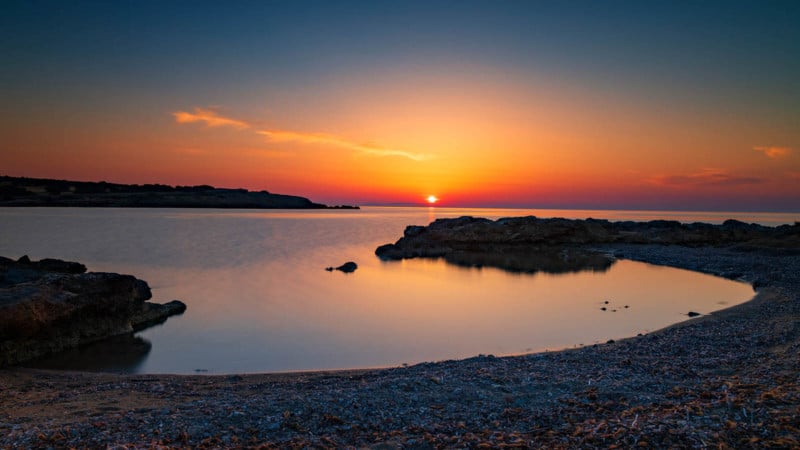 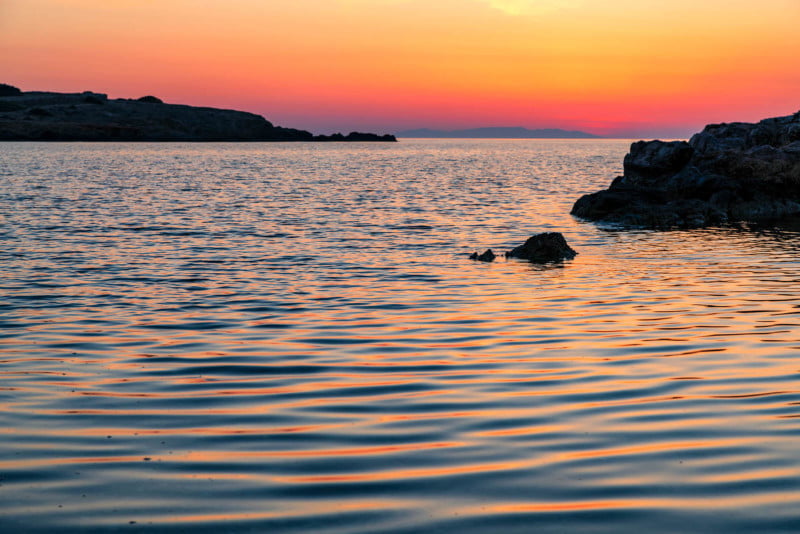 One other thing to keep in mind is that the light pollution filter works better under dark skies (in remote locations). Even though it can also be used in (heavy) light polluted areas, it will still not be possible to capture the Milky Way Galaxy or the Orion Nebula from the center of a big city simply by attaching a light pollution filter on your lens.

When used correctly, however, the filter can be a fantastic tool for improving your nighttime photos by countering the problem of light pollution. 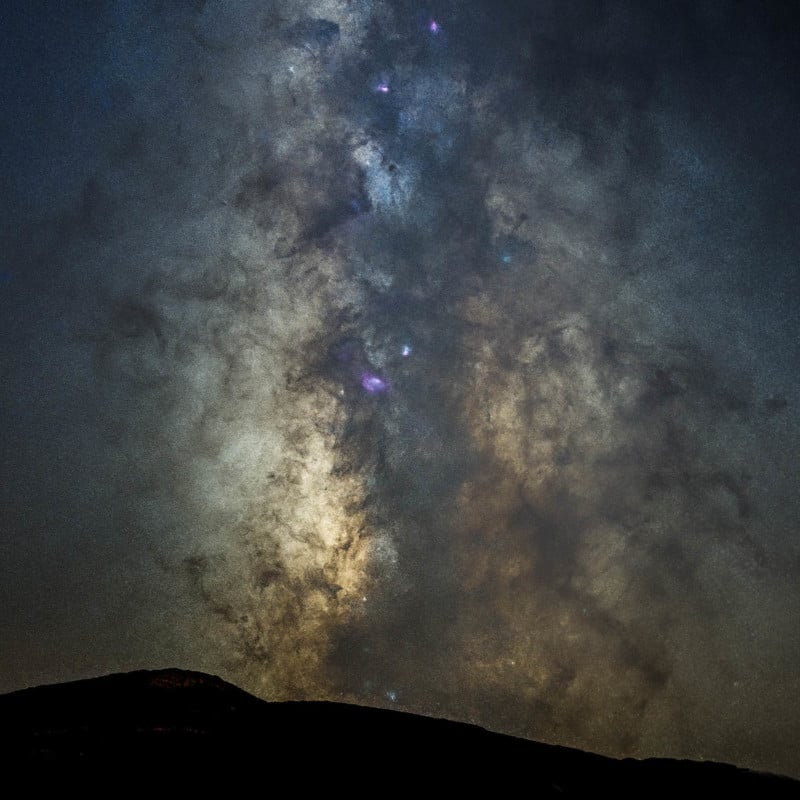 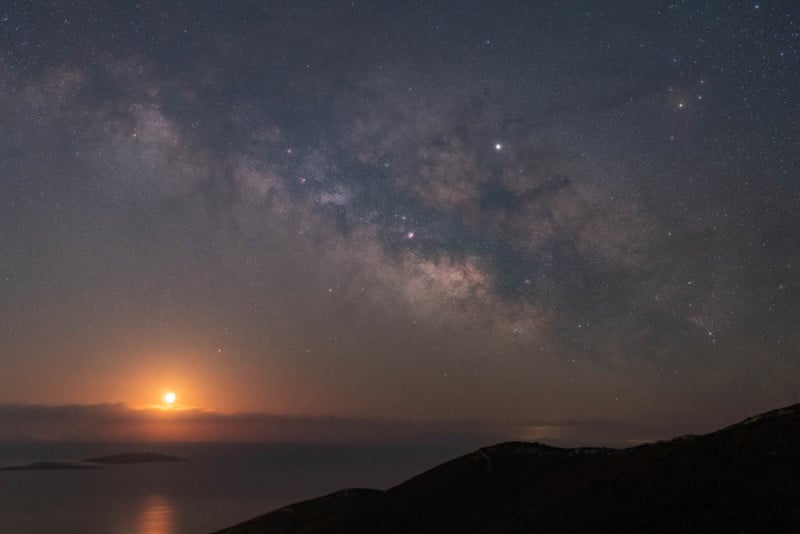