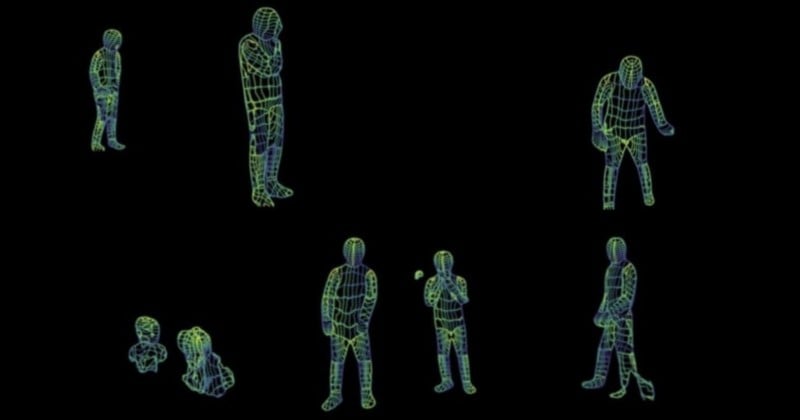 Scientists have developed a way to detect 3D shapes and the movements of human bodies in a room using a Wi-Fi router.

The researchers at Carnegie Mellon University in the U.S. hope that the technology may eventually replace normal cameras.

According to a recent paper published on arXiv, the team of scientists managed to make out images of people in a room through the Wi-Fi signals emitted from a normal router.

The researchers used pixel mapping system DensePose to trace around human bodies and track their movements.

DensePose is an artificial intelligence (AI) software built by Facebook and Imperial College London researchers. The system maps all of the pixels on the surface of a human body in a photo.

The team of scientists then created a deep neural network that maps Wi-Fi signals’ phase and amplitude sent and received by routers to coordinates on human bodies.

The End of Cameras?

Vice reports that the researchers believe that Wi-Fi signals “can serve as a ubiquitous substitute” for normal RGB cameras, when it comes to “sensing” people in a room.

They also suggest that the method is more consistent than a regular camera. In their paper, the scientists say that using Wi-Fi overcomes obstacles like poor lighting and occlusion that regular camera lenses face.

The team also argues that Wi-Fi is more affordable than camera equipment.

“In addition, they [Wi-Fi signals] protect individuals’ privacy and the required equipment can be bought at a reasonable price,” the researchers write in the paper.

“Most households in developed countries already have Wi-Fi at home, and this technology may be scaled to monitor the well-being of elder people or just identify suspicious behaviors at home.”

This is not the first time that scientists have developed ways to see “people” without the use of cameras.

PetaPixel previously reported on researchers at the University of Glasgow who showed how AI could use a person’s brainwaves to see around corners and create images of objects the human eye can not directly see.

The computational imaging technique, known as “ghost imaging”, can be combined with human vision to reconstruct the image of objects hidden from view by analyzing how the brain processes barely visible reflections on a wall

Image credits: All photos sourced from “DensePose From WiFi” published in Arxiv