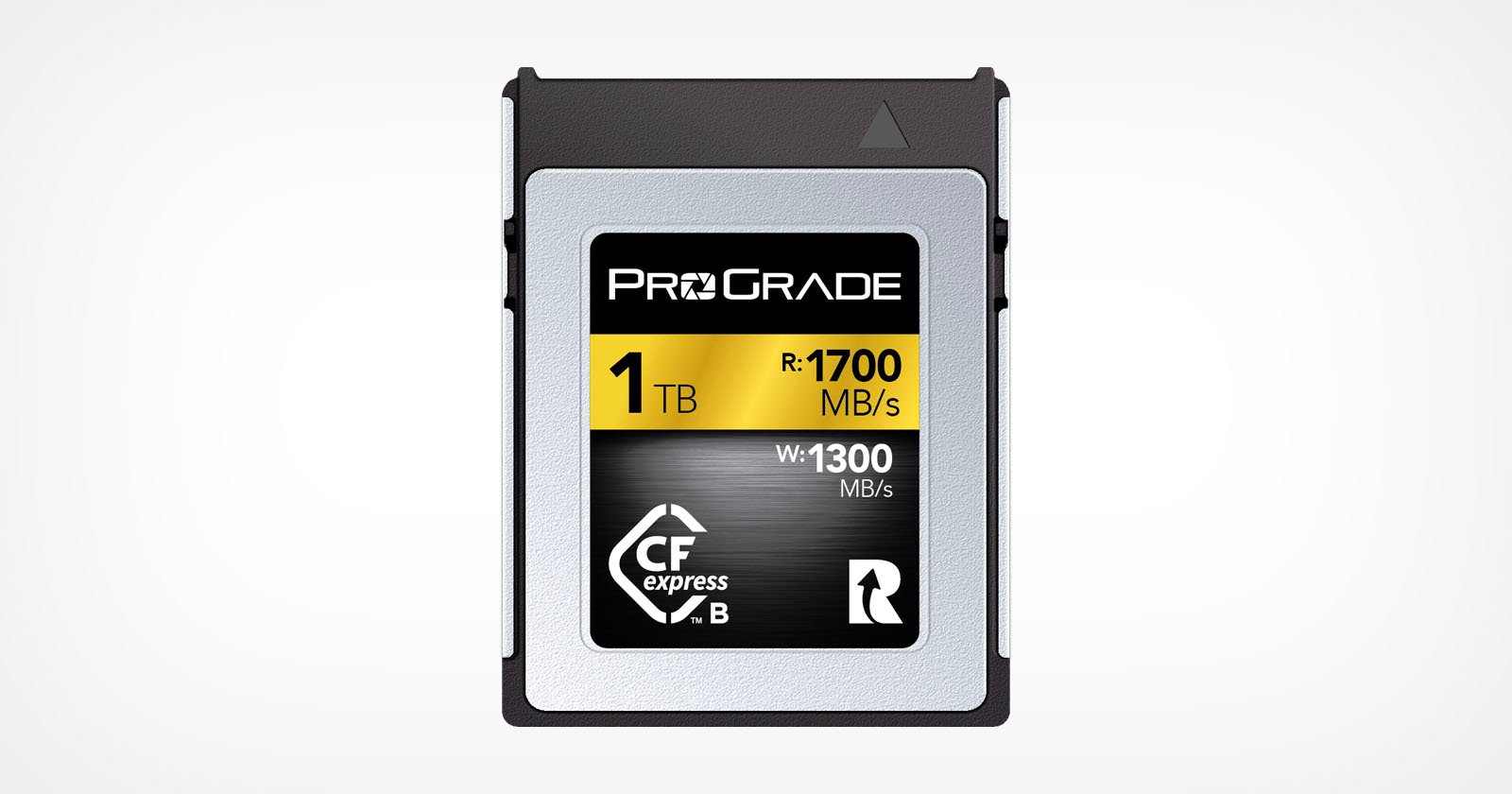 Other features include a metal enclosure for improved durability and heat dissipation, thermal throttling which protects the card from overheating, and extended battery life and low standby power through NVMe PS0 – PS4 support. The cards are also X-ray and shock proof, come with a three-year warranty, and are laser etched with unique serial numbering for the tracking of key components and manufacturing data for what ProGrade promises is the highest degree of quality control.

The new third-generation Gold series card is available in a 1TB capacity for $399.99.

“Our re-introduction of a 1TB capacity point, at 1,300MB/sec sustained write speed, ensures that nearly all video capture modes can be utilized while also providing our traditionally high read speeds for quick offloading.”

ProGrade Digital says that all new third-generation CFexpress Gold cards will cleary state the sustained write speed on the front label instead of the burst speed, which is both helpful to buyers and will immediately differentiate this new generation of CFexpress card from the older generation cards.

The company says that this additional messaging clearly states the real-world capability of its cards, especially critical for high-performance video capture applications.