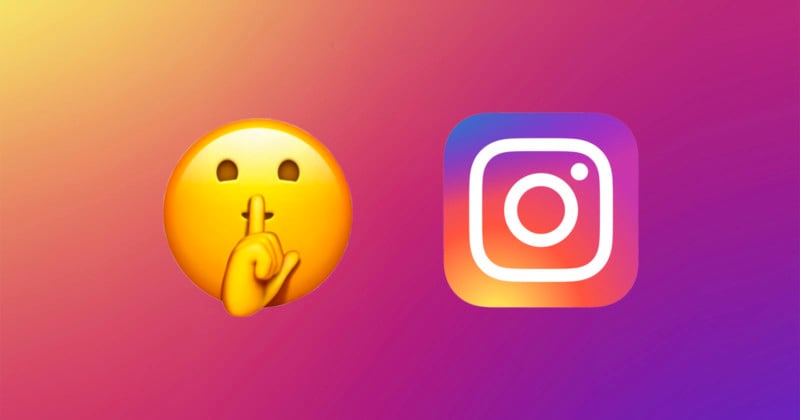 Instagram has added a new “Quiet Mode” setting aimed at setting focus and screen time boundaries. Quiet Mode allows users to not only turn off notifications but also to make it clear to others when they’re spending time off Instagram.

When in Quiet Mode, a user’s profile will update their activity status to denote the change and any direct messages that come through at the time will be hit with an auto-reply alerting the sender so it won’t seem like they’re simply being ignored. Once Quiet Mode is turned off, Instagram will give an update on any notifications missed during that time. It works like an Instagram-specific version of the Focus feature on iOS.

The Quiet Mode setting launches in the United States, United Kingdom, Ireland, Canada, Australia, and New Zealand today, though the company said it hopes to add more countries to that list soon. Teenage users will also get an automatic prompt asking if they want to turn the setting on.

Further, Instagram will roll out the ability to mass-select items as “Not Interested” on the Explore page. This will tell the algorithm not to show you similar content in posts, Reels, and search options. The social media company tested the feature back in August. At the time, it wasn’t clear how many people were included in the test, and there was no guarantee the option would become permanent. One of those questions is now, of course, answered. 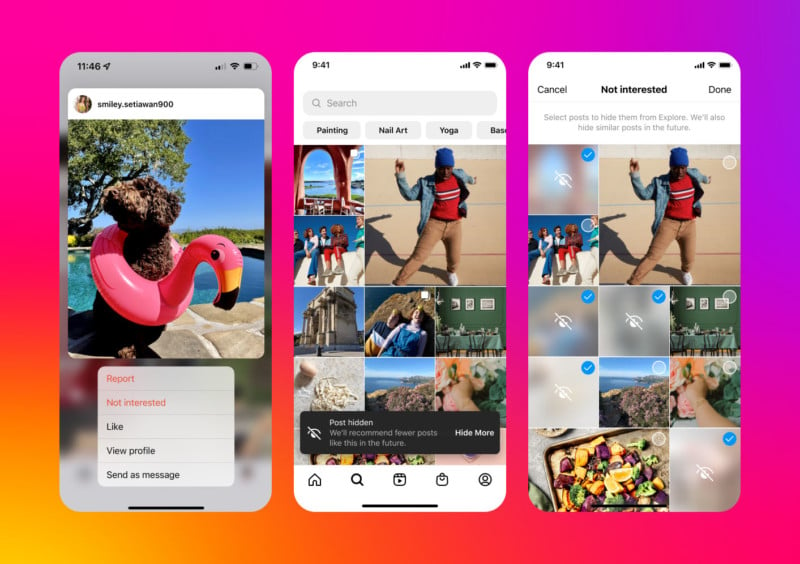 Similarly, words, emojis, and hashtags can be added to a list of things you don’t want to see recommended. A similar “blacklist” is available for comments and DMs, though the use cases can be very different. While screening comments and messages is effective for combating harassment, the ability to better curate recommended posts can help avoid seeing things that may negatively impact mental health in other ways, like diet and weight loss content, posts prominently featuring alcohol or drugs for those in recovery, or even to avoid things like a barrage of Mother’s Day and Father’s Day posts for those who have lost family. 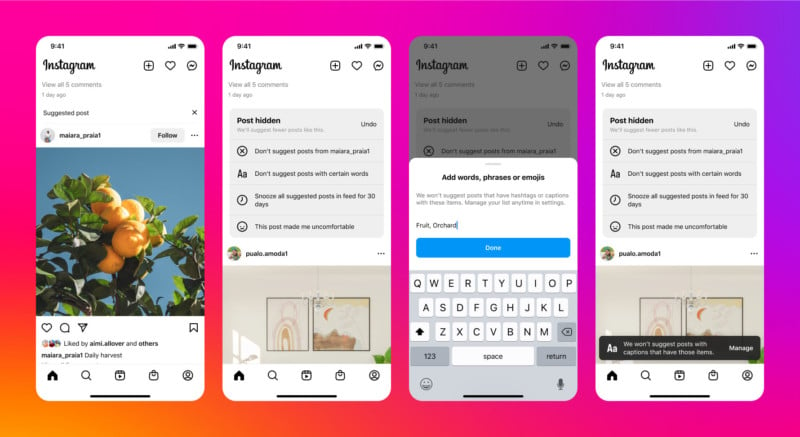 The negative effects Instagram, and other social media sites, can have on mental health (especially for younger users) have been previously documented. This has led Instagram and other platforms to give users more control over what they see and when.