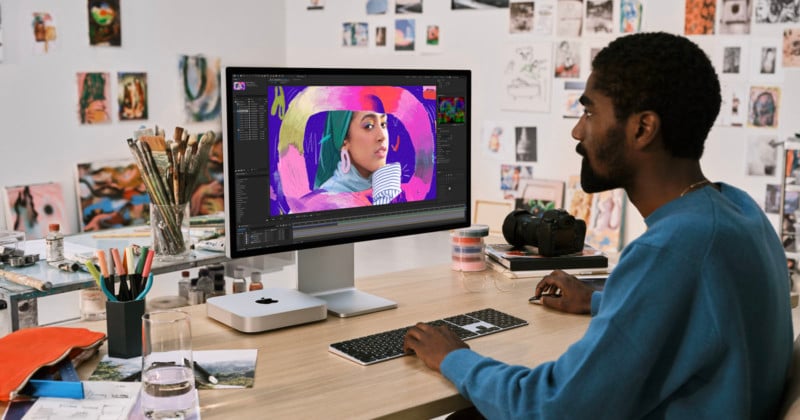 Apple has not only announced the availability of its new M2 Max and M2 Pro computer chips, but also a new Mac mini and the new 14- and 16-inch MacBook Pro laptops.

Apple says the new Mac mini can be outfitted with either the M2 or M2 Pro chip, making it even more powerful, capable, and affordable thanks to its new $599 starting price. The company says that the inclusion of M2 Pro makes the Mac mini capable of running pro-level performance for the first time, enabling users to run high-performance workflows that were “previously unimaginable” in such a compact design.

The Mac mini can now deliver faster performance, offer more unified memory, and increase its connectivity — including support for up to two displays on baseline M2 and up to three displays on M2 Pro.

Apple specifically compares performance between the M2 Mac mini and this new M2 version, and the baseline M2 provides up to 2.4x faster ProRes transcode in Final Cut Pro, up to 50% faster filter and function performance in Adobe Photoshop, and up to 35% faster gameplay in Resident Evil Village. 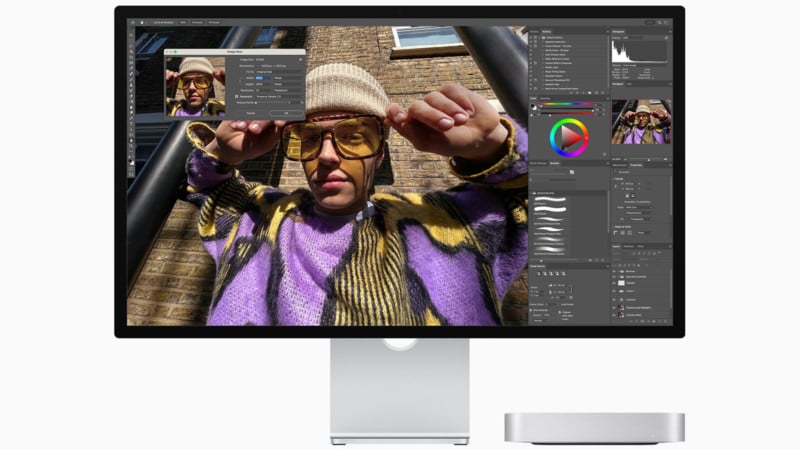 Performance gets even more impressive when upgrading to the M2 Pro, which delivers up to 2.5x faster graphics performance in Affinity Photo, up to 4.2x faster ProRes transcode in Final Cut Pro, and up to 2.8x faster gameplay in Resident Evil Village than on the baseline M1.

The new 14- and 16-inch MacBook Pro can come outfitted with either M2 Pro or M2 Max which Apple says brings even more power-efficient performance and battery life to its mobile workstation.

Performance-wise, Apple says that with M2 Pro, rendering titles and animations in Motion is up to 20% faster than on the M1 series of MacBook Pros, and compiling Xcode is up to 25% faster. For photographers, working in Photoshop is up to 40% faster than the previous generation laptop.

Battery life has been improved to up to 22 hours, which the company says is the longest battery life ever in any Mac. The new MacBook Pro supports WiFi 6E and “advanced” HDMI which Apple describes as being able to support 8K displays for the first time.

Thanks to the new M2 Max, the MacBook Pro can feature as much as 96GB of unified memory and visuals are presented on Apple’s Liquid XDR display. The new laptops also feature a 1080p FaceTime HD camera, a six-speaker sound system, and studio-quality mics. The laptops also include three Thunderbolt 4 ports, and SDXC card slot, and MagSafe 3.