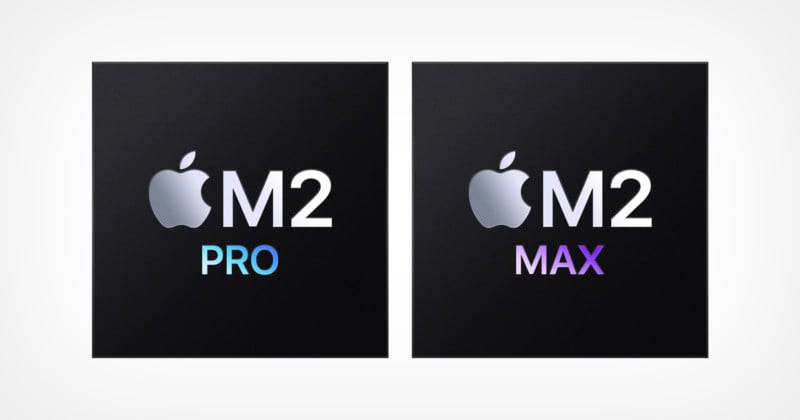 Apple has announced the new M2 Pro and M2 Max which feature a more powerful CPU and GPU and up to 96GB of unified memory.

The chips are being launched along with a new MacBook pro and Mac Mini, and Apple says its industry-leading performance per watt makes it the world’s most powerful and power-efficient chip for a pro laptop.

Apple’s M2 Pro is built on its second-generation five-nanometer process and the chip consists of 40 billion transistors, which is nearly 20% more than M1 Pro and double the amount in M2.

It features 200GB/s of unified memory bandwidth — again, double that of the M2 — and up to 32GB of what Apple describes as low-latency unified memory.

“The next-generation 10- or 12-core CPU consists of up to eight high-performance cores and four high-efficiency cores, resulting in multithreaded CPU performance that is up to 20% faster than the 10-core CPU in M1 Pro.” Apple says. “Apps like Adobe Photoshop run heavy workloads faster than ever, and compiling in Xcode is up to 2.5x faster than on the fastest Intel-based MacBook Pro.”

The M2 Pro GPU can be configured with up to 19 cores, which is three more than the GPU in the M1 Pro, and has a larger L2 cache. Apple says that the graphics speeds are up to 30% faster than the M1 Pro.

The M2 Max has 67 billion transistors, which is 10 billion more than M1 Max and more than three times as many as found on the M2. It has 400GB/s of unified bandwidth (twice that of M2 Pro and four times that of M2) and supports up to 96GB of unified memory.

It features the same next-generation 12-core CPU as the M2 Pro but its GPU is more powerful thanks to its 38 cores and lager L2 cache. Additionally, graphics speeds are 30% faster than the M1 Max. All in all, Apple claims that the M2 Max is the most powerful and efficient chip for a pro laptop.

Apple has highlighted four other features that have been updated with custom technology:

The new chips are at the core of Apple’s new MacBook Pro and Mac mini, which were also announced today.