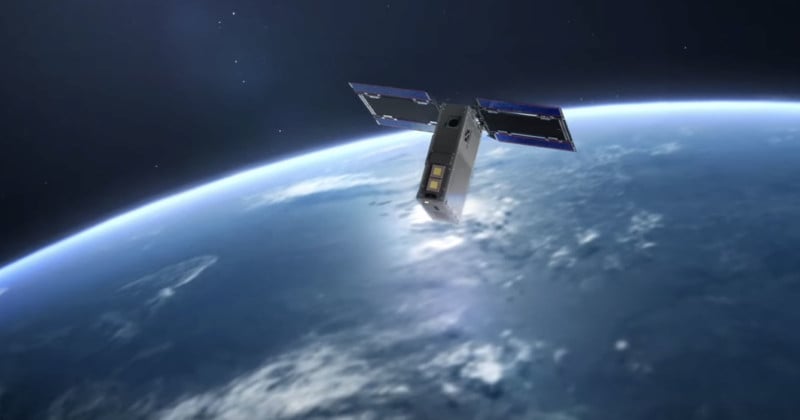 Sony describes its Star Sphere project as a way to open space perspectives that have been previously limited to just astronauts and provide it to anyone on Earth via remote-controlled orbiting camera satellites.

The company says that Star Sphere is unique because it doesn’t just provide photos of space that can be viewed at home, it actually allows anyone to operate a “nano satellite” and take pictures from it that can then be used for anything — as if the person actually took the photo themselves in space.

“You can shoot your own space photography and videography with exclusive camerawork including never-before-possible angles of view,” the company says regarding its Space Photography Service. “In addition, you can get a sense of life-changing space perspectives through the experience of connecting with space.”

Sony is partnering with the University of Tokyo and JAXA to develop and operate the satellite and ground systems as well as commercialize the space inspiration project, the company says.

Star Sphere’s nano satellite will orbit Earth and provide a way for anyone to capture photos along its trajectory via what Sony describes as a “shooting simulator” which operates the satellite with simple controls while also providing the user with live views of what it is seeing.

Orbiting between 500 and 600 kilometers (about 310 to 772 miles) above Earth, the nano satellite features a Sony full-frame camera (the specific model is undisclosed) and a 28-135mm f/4 lens. Users will then be able to control that camera remotely with what Sony describes as a “high degree of flexibility,” including the ability to change ISO, aperture, and shutter speed at their discretion.

The satellite will offer the ability to select from 16 possible orbits, and each orbit around Earth completes in about 90 minutes.

“When the satellite passes over a ground antenna, users will be able to operate it directly for around five to eight minutes while checking live images from the actual onboard camera, allowing them to experience a real-time connection with space,” Sony explains.

“The shooting simulator will enable intuitive execution of tasks such as operating the space camera, setting up shooting sequence, and reserving shooting sessions, making it easy to plan shots of the Earth, star-filled skies, and other diverse subjects.”

In addition to offering the ability to directly control the satellite for short periods of time, Sony is also planning to work with artists and give them the opportunity to, as the company says, create new art based on space perspectives.

“The ‘Art from Space perspectives’ is not limited to creating works such as photographs, videos, movies, and media art from images and footage taken by the space camera,” Sony says.

“We will work on various creative activities with many people, including artists and creators, by offering new inspiration from experiences connecting with space through operation of our satellite and content that brings users various forms of ‘Space perspectives.'”

The cost to access time with the Star Sphere satellite remains one of the biggest questions of Sony’s newly-announced service, and the company hasn’t provided any details on that end yet. The company plans to start the service sometime this year (available only in the United States and Japan), and those interested can register to “join the crew” on the Star Sphere website.