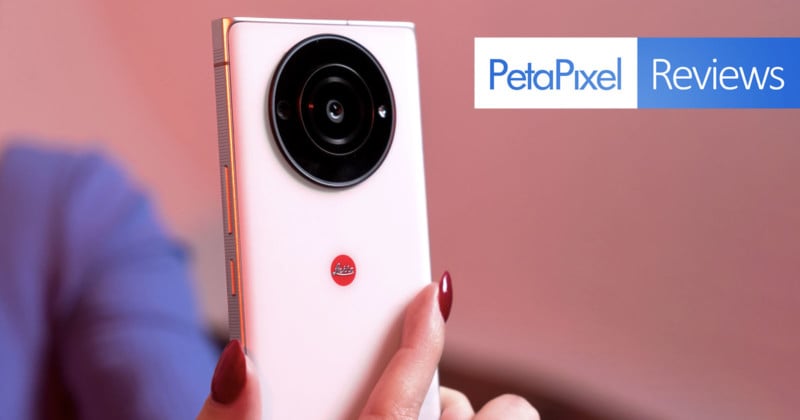 If Leica ever launches its own branded phones in other markets, it would serve as notice to established players that smartphone photography is more than just a numbers game.

I had a feeling this was the case when I had hands-on time with the Leica Leitz Phone 1, but its successor didn’t handcuff me as much, and the experience was all the better for it. Like that model, the Leitz Phone 2 is also only available in Japan because Sharp manufactures the device, which is essentially a rebranded Aquos R7.

That means a Type 1, 47.2-megapixel CMOS sensor with double the resolution of its predecessor, although it retains the same size at 13.1 by 9.8mm. It works in tandem with the Snapdragon 8 Gen 1 processor to help deliver some of the software elements and modes that make this device and its camera unique. While it’s not entirely clear how all of it actually works under the hood, the results are supposed to speak for themselves.

My focus was purely on the camera, but the Leitz Phone 2 stands out for a few reasons. Leica opted to go with glossier white over the matte black of the Phone 1. It includes a lens cap for the rear array, though my review unit came without any accessories, so I can’t convey anything about what it’s like to have it. The headphone jack is back, along with the USB-C port at the bottom.

It comes with 12GB of RAM and 512GB of storage, plus the option to expand on that through the microSD card slot that can take up to 1TB cards. The 6.6-inch OLED (2,730 x 1,260 pixels) is bright and vibrant, similar to how it was with the previous phone as well. 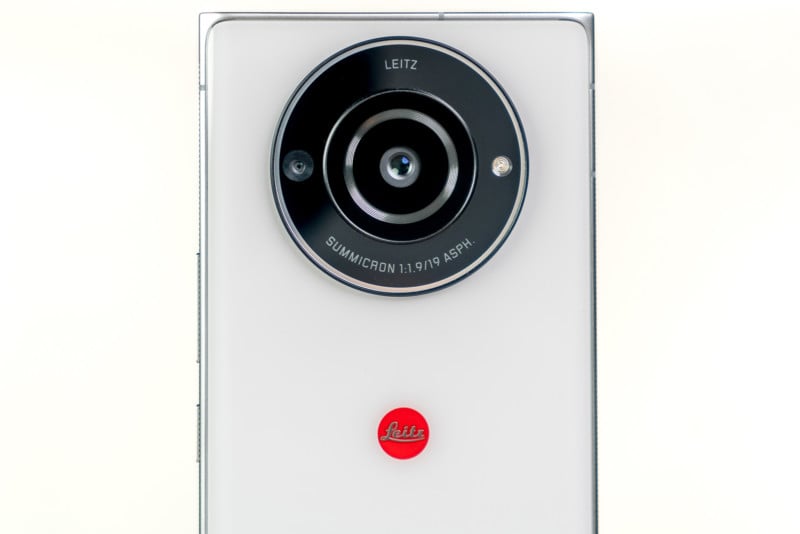 By 2023 standards, the rear camera array seems limited. There is the primary 47.2-megapixel wide lens with f/1.9 aperture, a 19mm focal length (35mm equivalent), plus a 2-megapixel depth camera to help with the Leitz Looks mode, in particular. No telephoto lens here, save for the 2x digital zoom shortcut and the ability to zoom in up to 6x. There is no ultra-wide lens either, although you arguably already get that from the 19mm focal length. Select 0.7x and you pull back a little further to squeeze more in the frame. 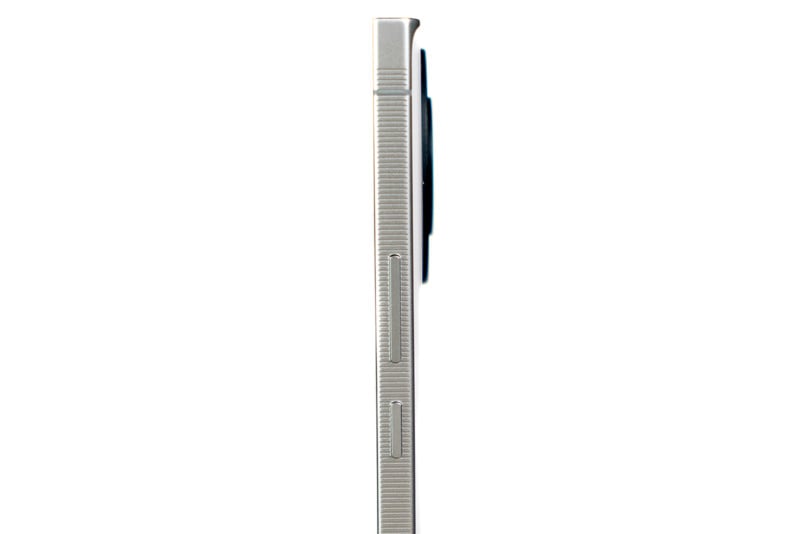 All that said, this phone was a pleasure to use compared to the pre-production Phone 1 unit I got my hands on in Wetzlar. No buggy software and, mercifully, no missing colors or pixels. All the modes worked, letting me truly see what the device can do. Leica may not have developed the entirety of the camera software, yet while shooting it felt like the company’s fingerprints were all over it.

Leica refers to the Type 1 sensor inside the Leitz Phone 2 as the “largest on any smartphone” but that’s misleading because other phones already use a sensor of that size. And while there are more pixels here, you don’t shoot at full resolution without a little work. For that, you’d have to choose the High-Res Photo mode, which Leica treats separately from Manual. Both let you shoot in RAW, including a histogram to show underexposed shadows or overexposed highlights. You also get the same manual controls for shutter speed, ISO, white balance, exposure, and focusing. There is no real difference between them, apart from the different resolutions. 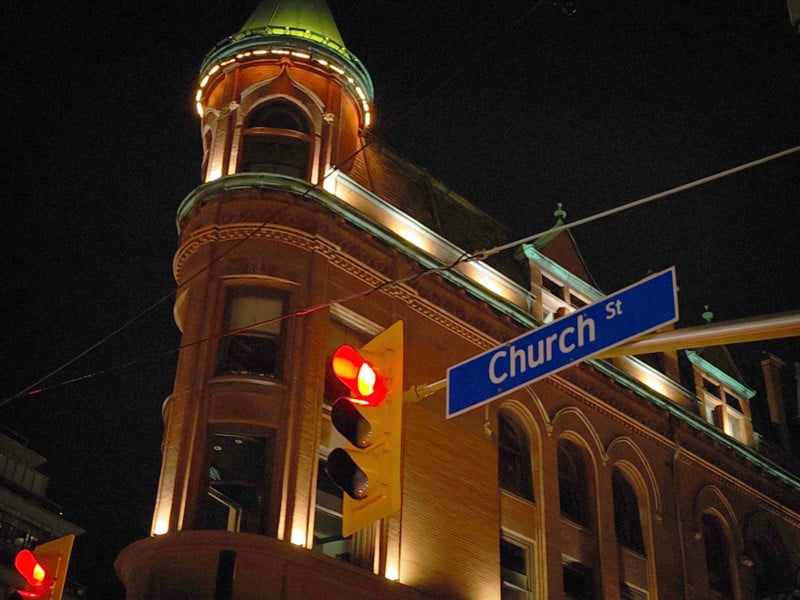 Otherwise, Manual uses pixel binning to produce 11.8-megapixel images that gather more light. The other modes do the same, and computation software plays its role to help capture darker scenes in Night mode. Photo and Portrait mode are pretty straightforward as well. 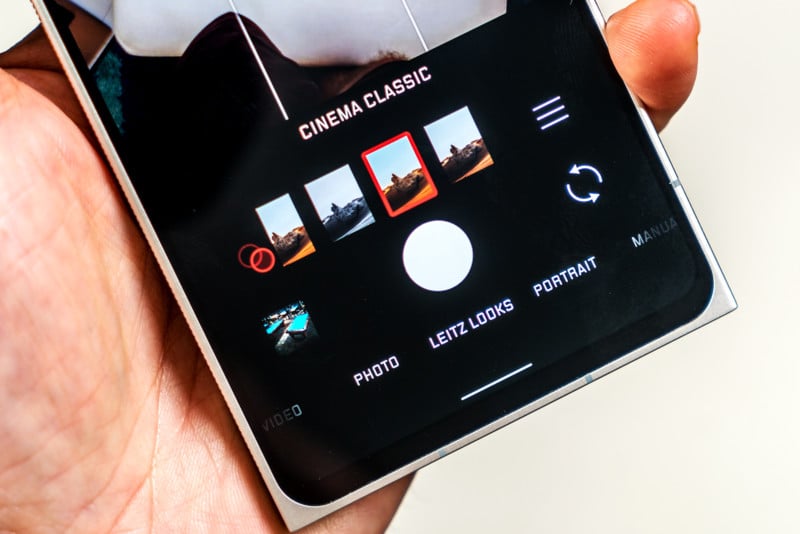 As good as they can be, the real flair is supposed to come from the Lietz Looks, where Leica emulates some of its classic M series lenses like the Summilux 28, Summilux 35, and Noctilux 50. You can combine any one of those with any of the four filters available — again, based on Leica’s various tones from its cameras and lenses: Original, Monochrome, Cinema Classic, and Cinema Contemporary. 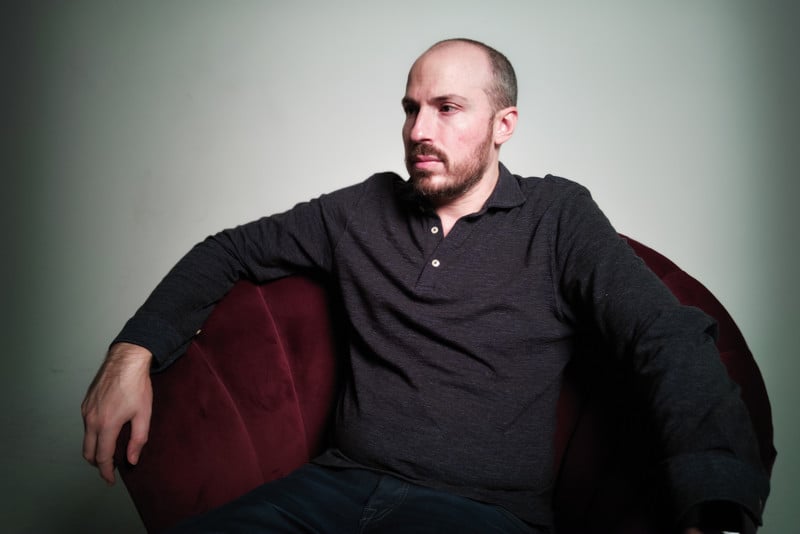 This makes for a unique combination you won’t find in other phones. The Xiaomi 12S Ultra has two distinct Leica filter modes to go with the Type 1 sensor, but they’re not the same as these ones. Visual and audible treatments add to the experience, like the fonts, icons, classic viewfinder frame, and shutter click.

It occurred to me to show photos from the phone to others to hear what they saw. My reasoning was two-fold: on one hand, they may not know anything about Leica, nor recognize the company’s own visual style. On the other, they could only compare it to what they were currently using, which were mostly iPhone and Samsung handsets. In a nutshell, some viewed this phone’s resulting photos from more of an artistic perspective rather than simple snaps. Granted, it matters who’s taking the photos, but even a rank amateur would be able to get something good out of the Phone 2. 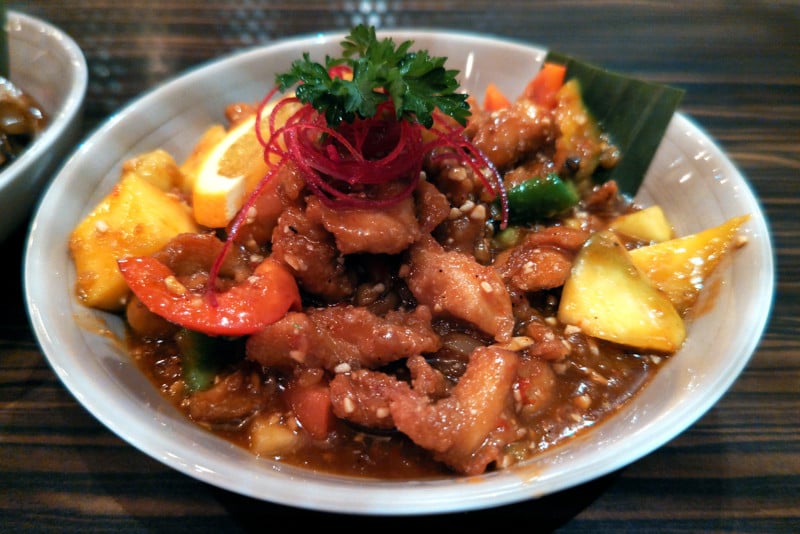 What impressed me was that I could get great results regardless of whether I had little manual input or if I more precisely planned my shot. Sure, other phones can do the same, except Leica’s filters don’t look or feel like the pedestrian frauds so common on social media. I’ve met street photographers who like Leica’s cameras for similar reasons of authenticity and grit, and when a friend pointed out that the Phone 2’s photos “look different,” he referred to how “interesting” the output consistently looked. Another friend asked how she could capture images like them on an iPhone 12, which would require using an app other than Apple’s for more options and control. 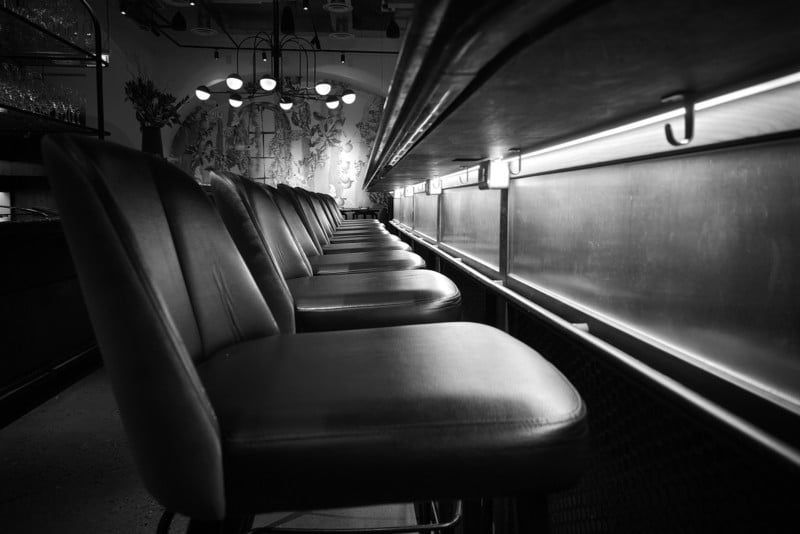 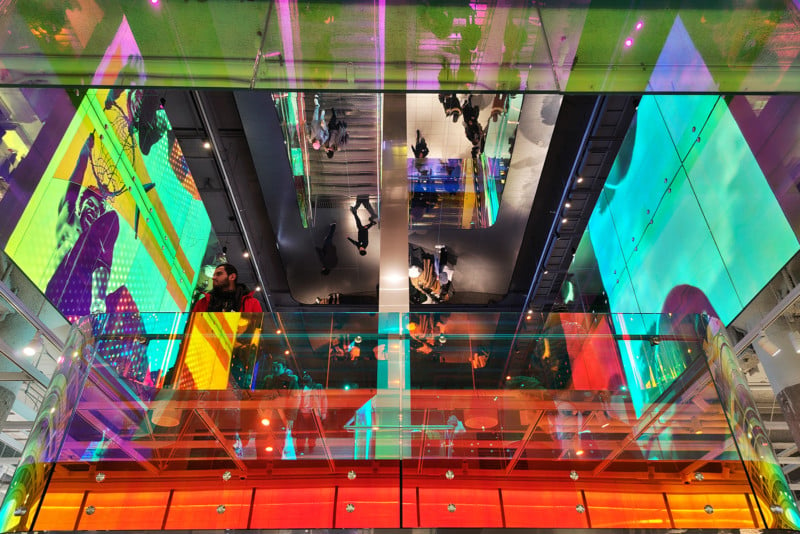 That makes for something of a paradox. Apple, Samsung, Google, and others offer multiple lenses and continue to get better on the software side of things. The Leitz Phone 2 takes quality shots from only one lens, and its digital zoom turned out far better than I thought it would at 2x. Its granular control is comparable to the manual modes, whereas the other brands actually let you do more in the more automatic ones. 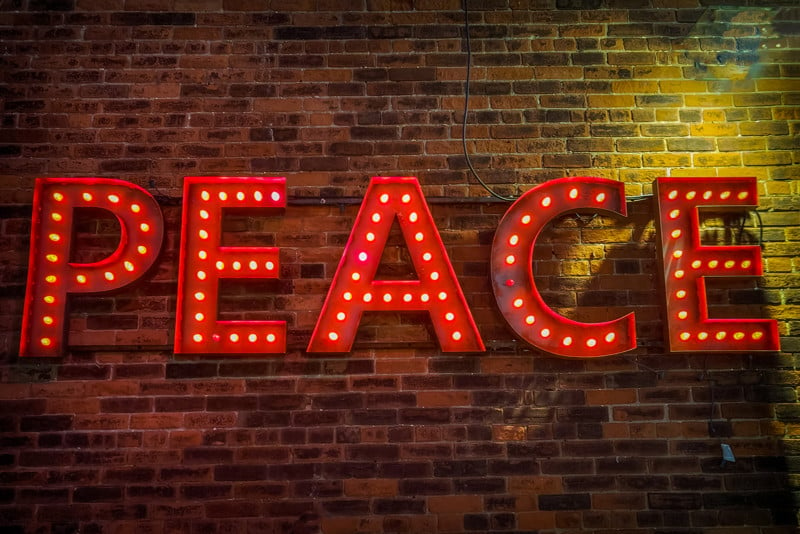 Mind you, it’s not all roses when you dive in to take a peek here. Noise can be a problem when processing low-light shots from Manual or High-Res Mode. I worked on some in Lightroom, and if not for the easier ability to isolate backgrounds from subjects, it would take more work to clean it up. HDR is on by default, and I found it worked very well in varying conditions.

The settings also have interesting options to try out. There’s an anti-flicker setting that’s in auto to start, with the choice to select 50Hz or 60Hz to match a screen in the frame. Leica’s own framing is up to you if you want to use it and is easy to toggle off if you don’t. There’s even an “intelligent framing” selection to help correct off-centered images. There are no less than 14 different guide line choices to help frame and line up a wide variety of image compositions.

Leica’s computational software has a few things going for it. We know that it uses multi-frame fusion to bracket shots together at different exposure to get the most dynamic range with the least amount of noise. The Phone 1 did this with seven frames, but I’m not sure if the Phone 2 is doing it exactly the same way.

What is clear is focusing is fast and exposure compensation can feel more subtle than other phones generally are. Much like I expected, Leica tries to do the same with modest sharpening, and it’s no surprise the Portrait mode has sliders for both bokeh and skin softness, given the latter is a popular feature in Asian markets. Even the Night mode doesn’t feel like it’s trying too hard. 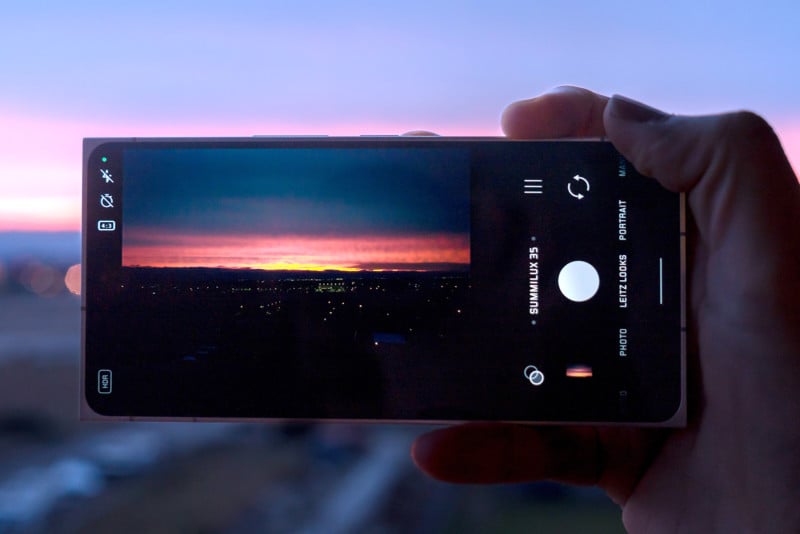 That makes for a nice balance, even if the available physical tools handicap shooting in certain situations. Whether or not Sharp imposes its own interpretation of what the Phone 2’s camera should or could do is unknown, but this isn’t an exclusive partnership, so we may see what Leica has in store with other brands going forward.

The closest alternative would probably be the Xiaomi 12S Ultra, which is only available in China, so it is hardly a viable option. Rather than a full software package, the phone offers Leica Vibrant and Authentic modes to shoot with. Its fingerprints are probably on the rest of the phone’s camera software in some form, like the 35mm monochrome mode within Portrait, for example.

Getting that “Leica look” may be more about an app than a phone. Varlens is one option, albeit currently limited to iOS, that offers Leica’s M10 and monochrome emulations to shoot with. RNI Films is another iOS app with a plethora of analog film emulations that could enable you to capture that same look. For Android, VSCO and Fimo may be good places to start — pairing these apps with good phone cameras can yield good results.

Maybe — if you can even get your hands on it. Do the conversion and you’re looking at about $1,590, so it’s a pricey choice to make and its long-term upgrade cycle is hard to read.