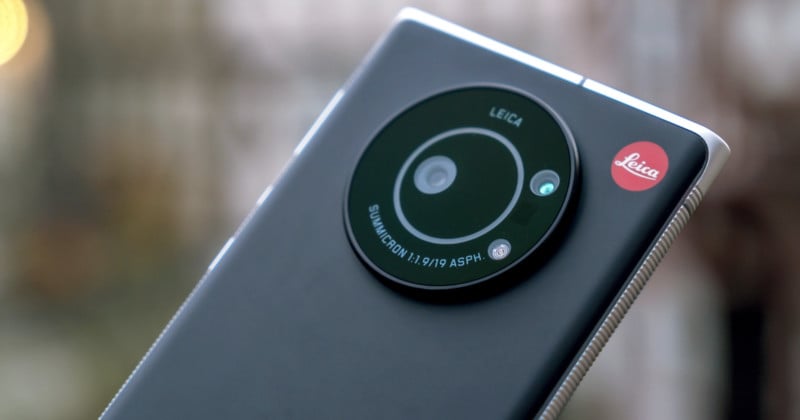 Put a Type-1 image sensor in a phone and things are bound to get interesting, especially when Leica is involved. So, what’s next for the company’s presence in the mobile space?

Leica tried its hand at making a phone, the Leitz Phone 1, albeit a rejigged Sharp Aquos R6 limited only to Japan when it launched in July 2021. It wasn’t the first time a camera brand tried to make its own smartphone. The Panasonic CM1 comes to mind and it, too, had a 1-inch image sensor with a Leica lens when it was available in 2014. It was ahead of its time based on the limits imposed by the smartphone chipsets and software computation available then. With that in mind, one wonders what a Nokia Lumia 1020 with today’s technologies might be like.

The Xiaomi 12S Ultra, exclusive to the Chinese market when it launched in July 2022, is not just an intriguing partnership, it’s also carrying on from Leica’s previous collaboration with Huawei’s mobile business. In both instances, it was more about baking Leica’s photography pedigree into the software and optics so that it worked seamlessly with the other’s hardware. 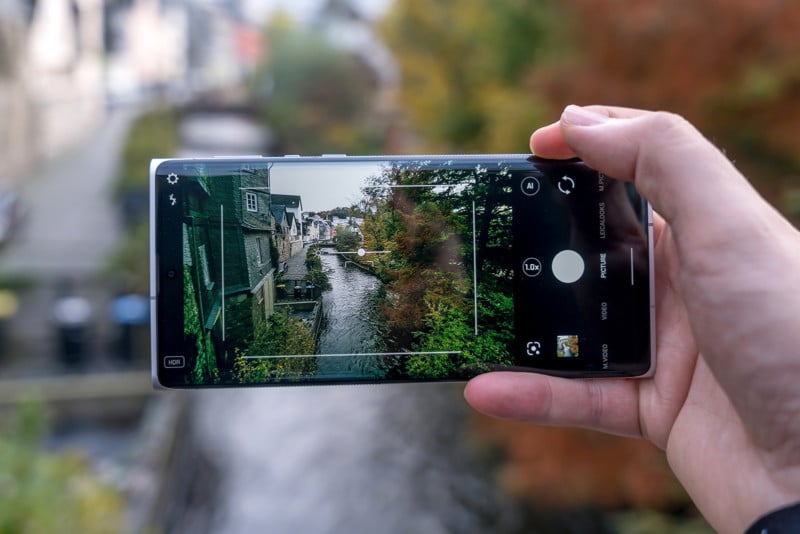 Leica’s phone doesn’t come with that kind of give and take. It wasn’t about blending imaging together with another brand’s expectations, it came off (to me) as an experiment into what an otherwise unfettered Leica device could produce.

Despite the phone being a finished product, the only one Leica could get in my hands was a pre-production unit. They warned me it would be buggy and unpolished, and they were sure right about that. The Portrait mode buckled the moment I selected it. I couldn’t get exposure compensation changes to actually set in with the monochrome Leicalooks (Leitz Looks) mode, so had to make those adjustments in post later. The regular Photo mode had a glitch where parts of the image were missing red and blue pixels, showing only green instead. This also affected the Manual Picture mode in similar ways.

I wasn’t looking to fully review the phone’s camera, so I just rolled with it, such as it was. Shooting around Wetzlar for a day, I at least got a sense of what the phone could do. From the colors to the contrast and white balance, the output wasn’t like other phones. For one, sharpening isn’t as pronounced, maintaining a softer tone that’s been lost in many smartphone cameras over the last few years. It didn’t saturate colors, nor did the HDR push too hard on lightening shadows, as has been the trend in mobile photography lately.

There are no film simulation modes in the phone, though one could argue the whole camera app is just a bunch of film simulations unto itself. The Xiaomi 12S Ultra has something similar in the two Leica Vibrant and Authentic modes, both of which aim to emulate the brand’s iconic look. The black and white 35mm mode within Portrait also looks and feels like something out of a Leica lab. 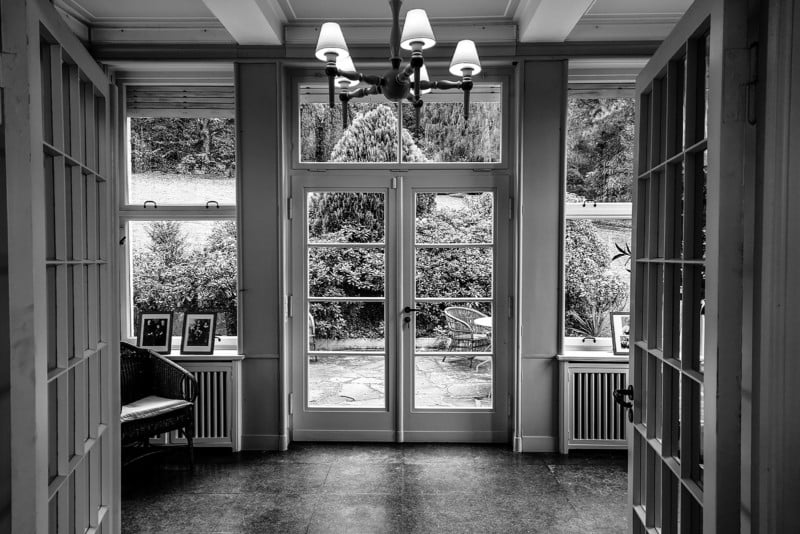 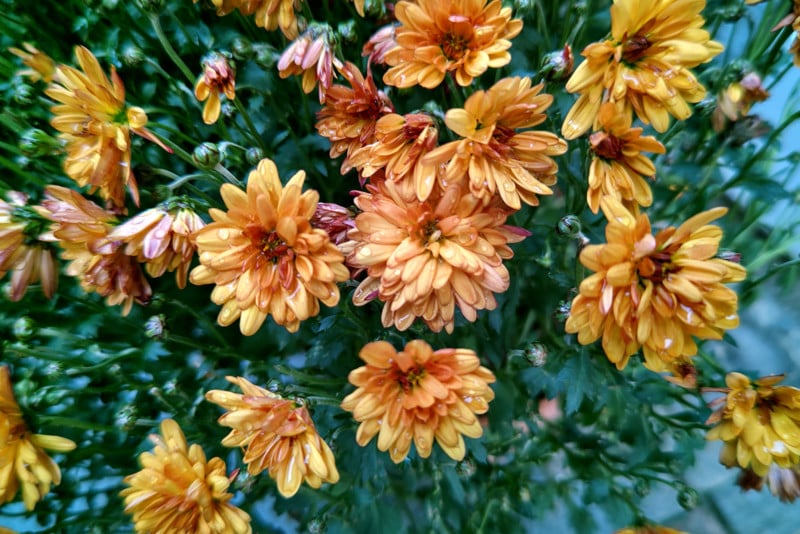 Mind you, the Leitz Phone 1 isn’t without its issues. Even as a pre-production unit, what I experienced echoed what others found in the final product. There is no macro shooting whatsoever. In fact, the camera struggles to focus on anything within less than half a meter away. Autofocus is slow and there’s an obvious lag between tapping the shutter and taking the shot. It’s not the kind of phone I’d want if I were shooting action. 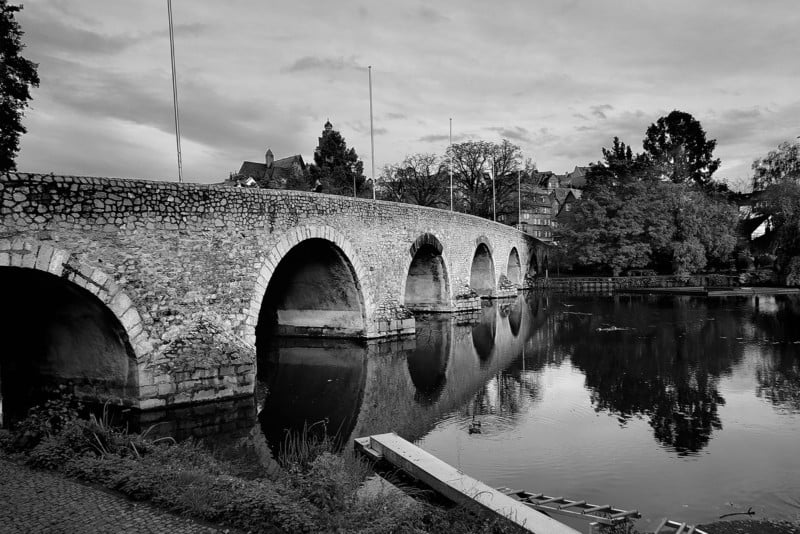 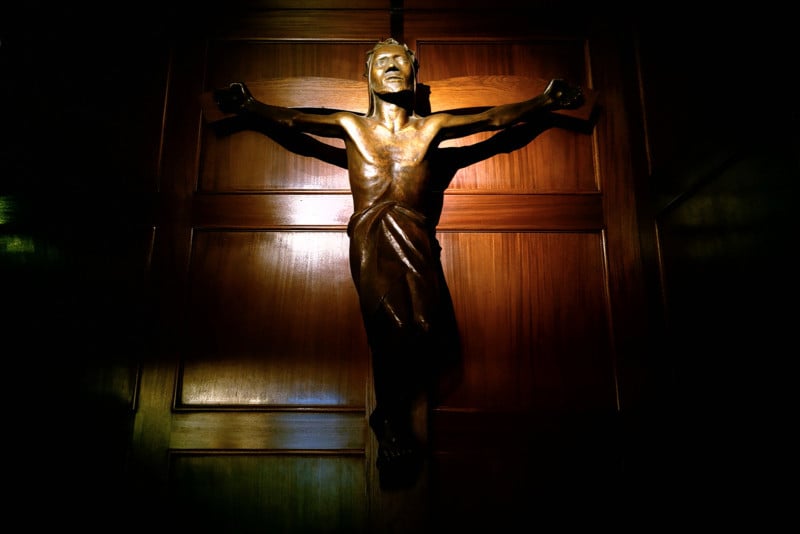 Without ultra-wide and telephoto lenses, the single 20-megapixel (19mm equivalent) wide lens does everything. To get closer, it’s all digital zoom. Bokeh is entirely computational, as there is no depth or telephoto lens to help with that. Since Portrait mode was unusable for me, I couldn’t assess how good it was.

Leica doesn’t make phones, it collaborates with those who do. That’s why the Leitz Phone 1 probably wouldn’t have seen the light of day if not for Sharp. Xiaomi and Leica announced their “long-term strategic cooperation” in May 2022, suggesting it won’t be about one-and-done devices. The two already worked together on the Mi 11 Ultra, and the 12S Ultra should be the beginning of a deeper integration for Leica’s optical and photographic know-how into Xiaomi’s flagship handsets. Whether or not this partnership will help the Chinese brand break into other markets, like North America, remains to be seen.

Huawei was in the midst of doing so, having already made inroads in Canada and Mexico, until U.S. regulators decimated its ability to carry on outside of select markets where Google Mobile Services aren’t as popular. The writing was on the wall for its work with Leica, and a split made official in March 2022.

The Type-1 sensor in the Leitz Phone 1 is considerably bigger than the first smartphones Leica developed with Huawei, and seven times smaller than the full-frame sensor in a Leica M. While it was physically possible to put a much larger sensor into the phone, the accompanying lens would’ve had to protrude several centimeters further.

To make up for it, Leica has its own computational software using multi-frame fusion, basically a similar bracketing technique others use to merge multiple images at different exposures to increase dynamic range and reduce noise. The Phone 1 takes seven frames to try capturing the same amount of light as a full-frame camera, coinciding with the phone’s sensor being seven times smaller.

In doing this, Leica isn’t just trying to find the right balance through tone mapping, it’s also aiming to emulate what those familiar with the brand would recognize as its visual style. White balance, color grading, noise reduction, and sharpness all come into play in producing a good photo.

The reality is that Leica can’t bring its whole software package and supplant another brand’s existing software capabilities, as Florian Weiler, Technical Lead for Mobile Cameras at Leica, tells PetaPixel.

“We strongly rely on the capabilities from our partner because a lot of programming is also coming from Xiaomi. We are controlling those processes, we are defining the processes, and we are involved in specific aspects of optimization, but we cannot do it all by ourselves,” he says in an interview.

Taking a shot with the Leitz Phone 1 is supposed to deliver on the “Leica Smartphone Look”, established parameters a cut above others. That means natural colors, clipped highlights, properly exposed shadows, fine details, and no serious image artifacts. In short, photographers using the phone should be able to get photos good enough to turn into large-format prints.

I can’t say for sure if it could, given the brief time I had with an otherwise handicapped device, but the images are impressive, much like they were on the Xiaomi 12S Ultra. With limited focal lengths to work with, plus other limitations, the Phone 1 could be interesting if there is a sequel of some kind. 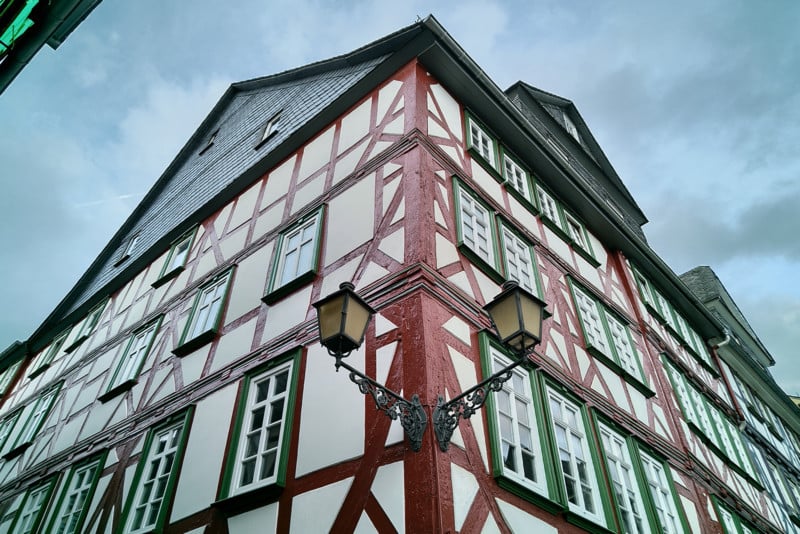 “Software really is a huge and complicated field,” said Weiler. “You need a lot of efficiency because power consumption and heat are absolutely limiting factors. We could put much more in a smartphone than it’s capable of, except the limiting factor is actually power consumption. It depends what kind of processor and what kind of image signal processor (ISP) you have. We have to select which kind of process we’re going to use in the hardware and software, and dynamically decide how many frames to take in different scenes, plus which ones to process or not process with multi-frame HDR. All of that goes into the quality of the final image.”

Processes like that are what the biggest smartphone manufacturers compete on these days. Camera performance and image processing now form a major part of introducing and marketing a phone, as keynotes in recent years clearly show. While Weiler was mum about any upcoming phones, Leica-branded or otherwise, he did say the Xiaomi partnership is “strong” with “more to come” in the mobile space. 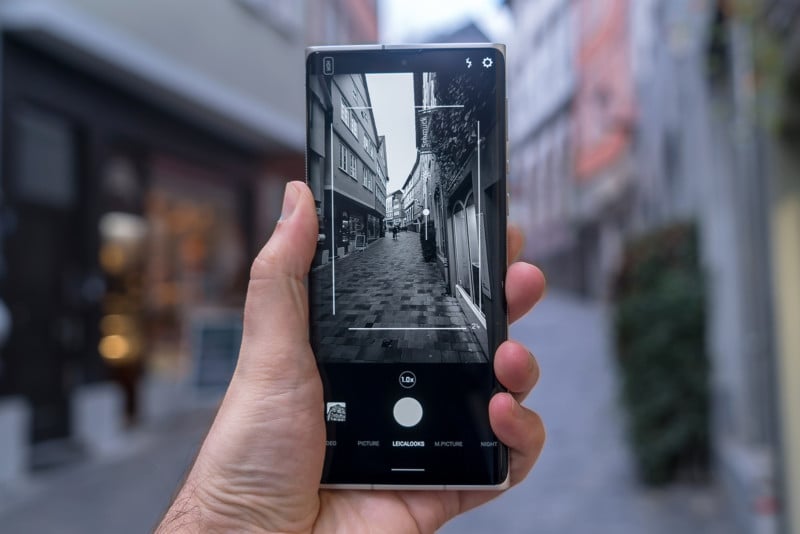 Leica isn’t in the phone business, and its cameras aren’t aimed at the average phone user, but its software could yet prove influential in what the rest of the market does once more eyes get to see what it can do. As the fifth largest smartphone company globally in 2021, that may very well be Xiaomi’s job if it plans to position itself in key markets, like the U.S., and take on the likes of Apple, Samsung, and Google.